A Historic Apartment In the Heart of Paris by Humbert & Poyet

Picture this: a residence of 250 square meters with a view of the Eiffel Tower. It was true that it had suffered clear damage for more than 60 years. For a businessman and his wife, who were seeking for a new home in the heart of Paris, it was undoubtedly a fortunate find. The setting is very breathtaking. You can see the Tuileries Garden, one of Europe's most magnificent parks, from the window in addition to the city's most iconic structure. 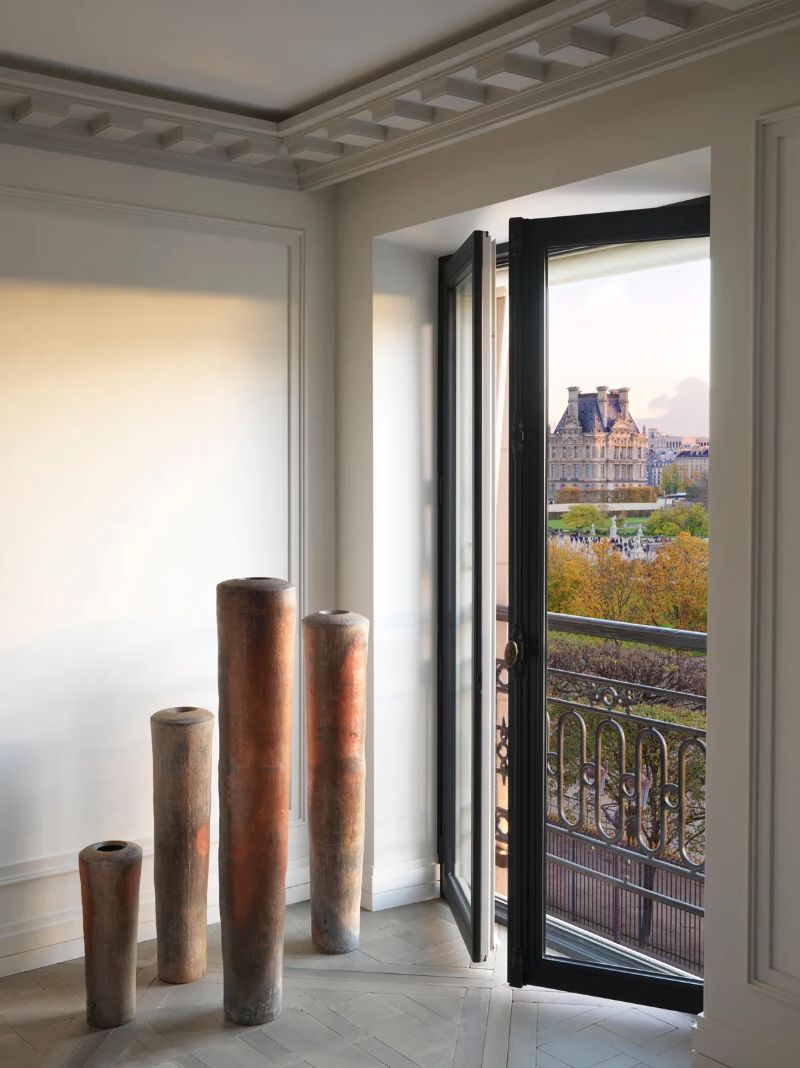 The couple, who desire to remain unnamed, hired Emil Humbert and Christophe Poyet to rebuild the flat when it was in terrible shape. The rooms were made larger, and because the owner enjoys cooking, the kitchen was moved to the middle of the apartment. It is now accessible from a wide square corridor and is located in the apartment's core area. The alpine green Carrara marble kitchen cabinet doubles as a welcoming room for visitors. The couple placed a high value on hospitality, so there is space for 10 guests at the specially crafted, inlaid dining table. 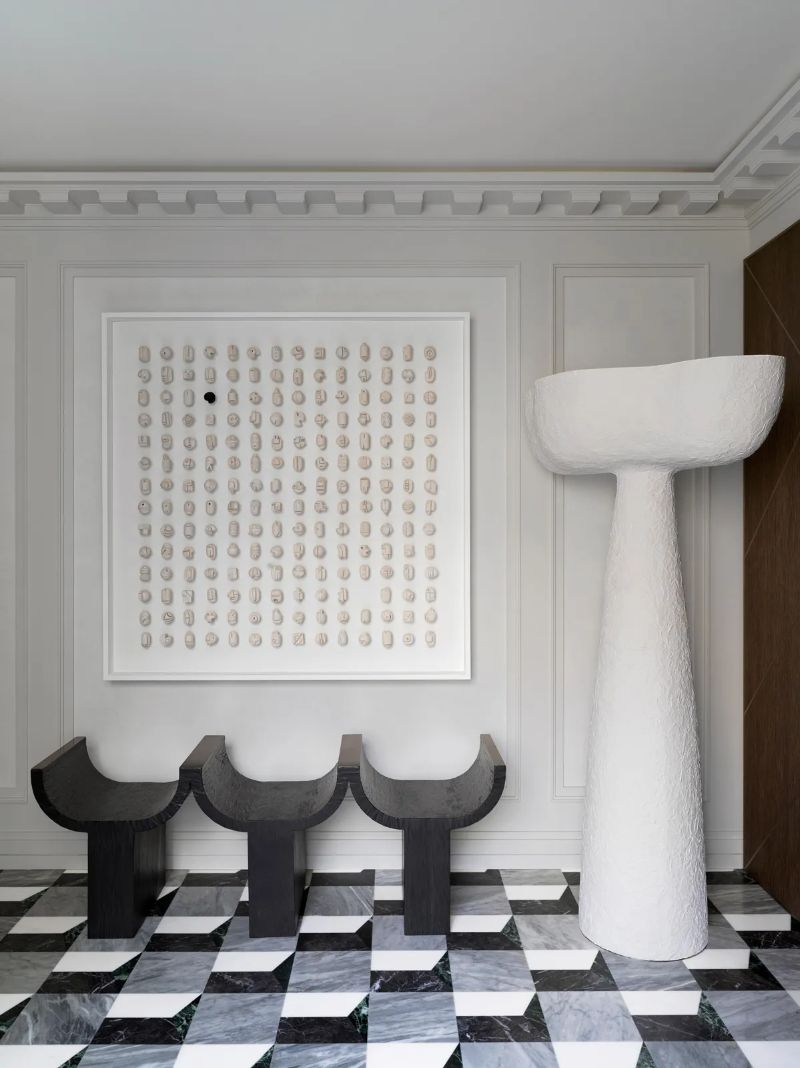 The party doesn't end in the kitchen, since the sofa serves as the living room's center point and provides plenty of space. The owners were searching for a new residence for both themselves and their impressive art collection. Effectively and subtly integrating the sculptures and paintings, Humbert and Poyet instead gave the idea that art was truly being lived here rather than creating the appearance of a museum.
The Parisian couple selected a mix of custom, vintage, and works from their own collection as well as pieces by artists like Emmanuelle Simon, Bassam Fellows, Pierre Paulin, and Kelly Wearstler for the furniture.
SEE ALSO: 14 IDEAS ON HOW TO LIGHT UP YOUR HOME DESIGN
The phrase “tactility” best describes Humbert & Poyet's aesthetic, as few other designers are able to blend surfaces and materials with such ease. The designers dabble with iridescent colors of sand, milk, brown, and gray in the customary somber color scheme. You want to touch everything, so you run your hand over the walnut wall panels, the bronze cabinet handles, the cool slab of the kitchen cabinet, and the leather sofa.
The dining room's parquet may give the impression of being an old Versailles piece, but the designers just duplicated the patinated look. It's not cheating; rather, it shows how meticulously Emil Humbert and Christophe Poyet do their work.
SEE ALSO: THE DOWNTOWN LA PROPER BY KELLY WEARSTLER IS INFUSED WITH PORTUGUESE INSPIRATIONS
NEXT ARTICLE