David Collins' Legacy Lives Through In This London Apartment

The legacy of British designer David Collins is as dynamic as it is ageless, with a plethora of products that pay homage to past fashion trends while remaining contemporary. The studio's archive has been recreated for a spectacular three-bedroom show apartment at Almacantar's The Bryanston, a luxury residential skyscraper overlooking London's Hyde Park. Every room in the structure, which was created by architect Rafael Violy, has sweeping views of the park, and David Collins Studio was confronted with a unique challenge: developing an interior palette that was not only equal to, but also visually harmonious with, the magnificent surroundings. Nick Vinson of Vinson&Co. was invited on board as a design editor by the studio to dig through the David Collins library and hand-pick items to resurrect for the project. 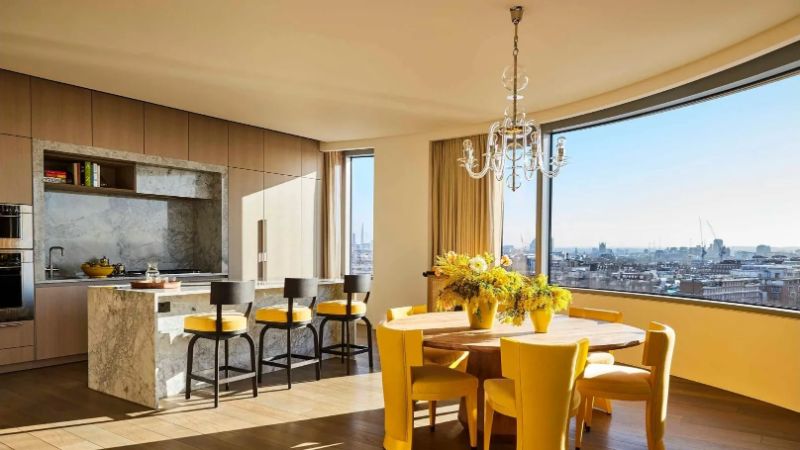 While the company began with their own archive, they were eager to work with new designers and artists to commission pieces expressly for the flat. DCS takes pride in choosing art, accessories, and expertly juxtaposing furniture pieces from several periods in the same space, resulting in an atmosphere that is rich with visual detail yet immediately relaxing to the eye, as their residence in The Bryanston demonstrates. 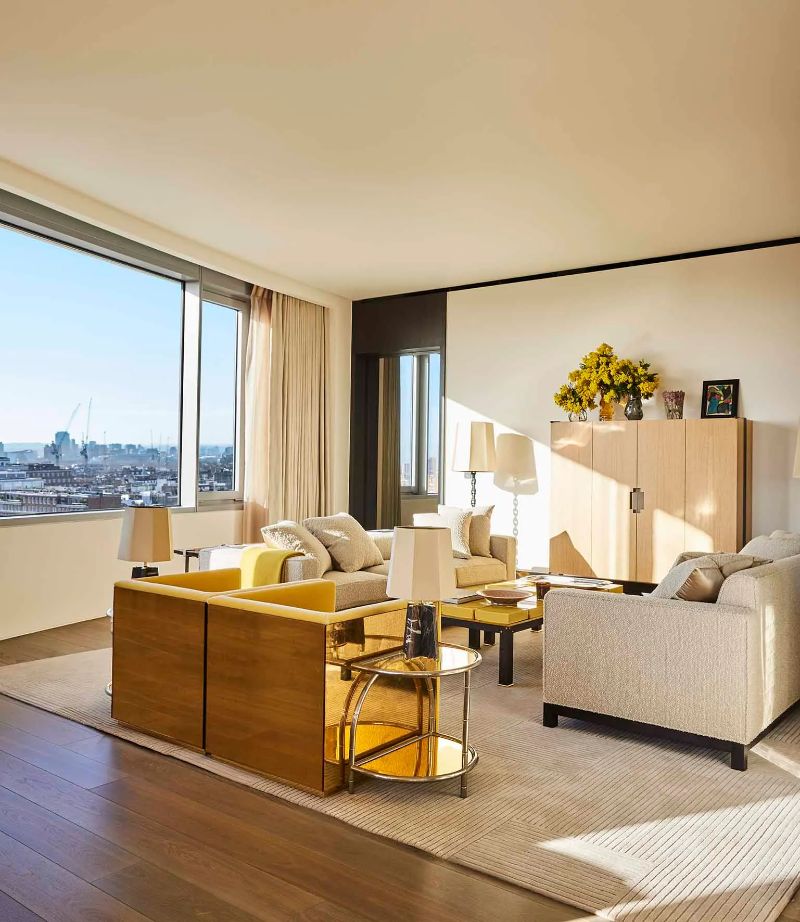 We see a geometrical arrangement of furniture and decor in the living area, which is typical of the studio's work. The centerpiece of the scene is a 1940s-inspired coffee table with bronze accents and a shagreen top that was originally created. The asymmetrical sofa arrangement, with the window-side sofa having a lower backrest, not only breaks up the space's rigorous symmetry, but also serves a practical purpose. The white cotton bouclé sofa, is a replica of the one Princess Diana posed on for her 1997 Vanity Fair cover, photographed by Mario Testino. On the side tables are architectural crisscross lights made of British marble, which were first seen in the studio's design for London's The Connaught cocktail bar. A silver and gold leaf screen at the far end of the room elegantly reflects the light from the Hyde Park-facing window. 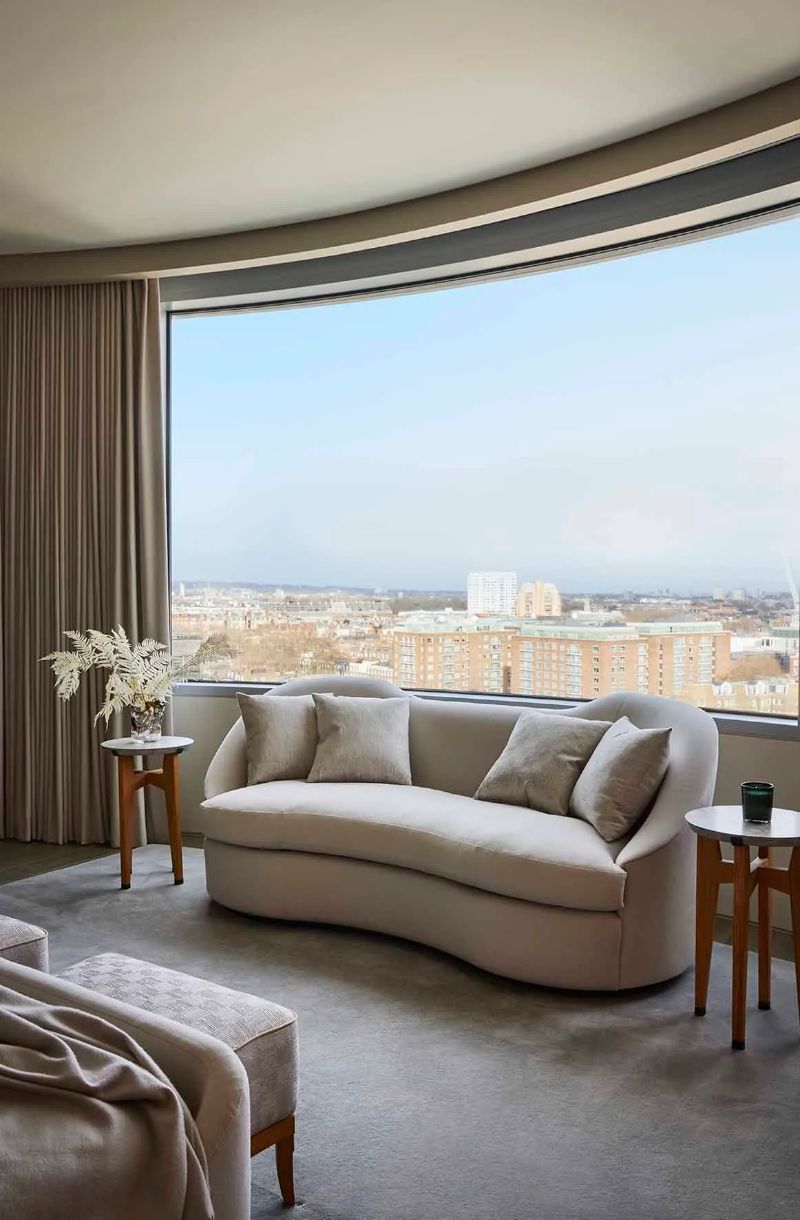 The dining room, according to Watson, needs to “work very hard” because of the perspective that defines it. The transparent chandelier by Lobmeyr, which contrasts with the dining table's clean lines and contemporary earth tones, was carved from the wood of a tree from a local London park by Sebastian Cox. 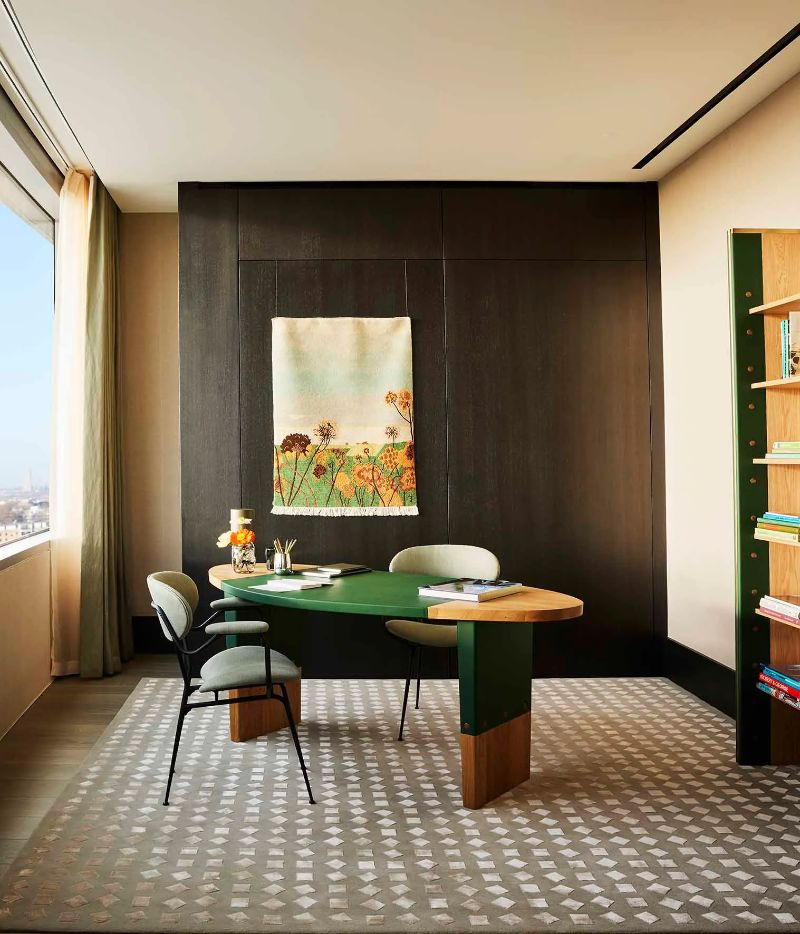 In some cases, we find a blending of styles through several furniture parts; in others, it occurs inside a single piece. One example can be found in the study, where a newly commissioned desk by furniture craftsman Simon Hasan can be found. The free-form oval design pays homage to the building's architecture and is covered in Bentley green Connolly Leather. 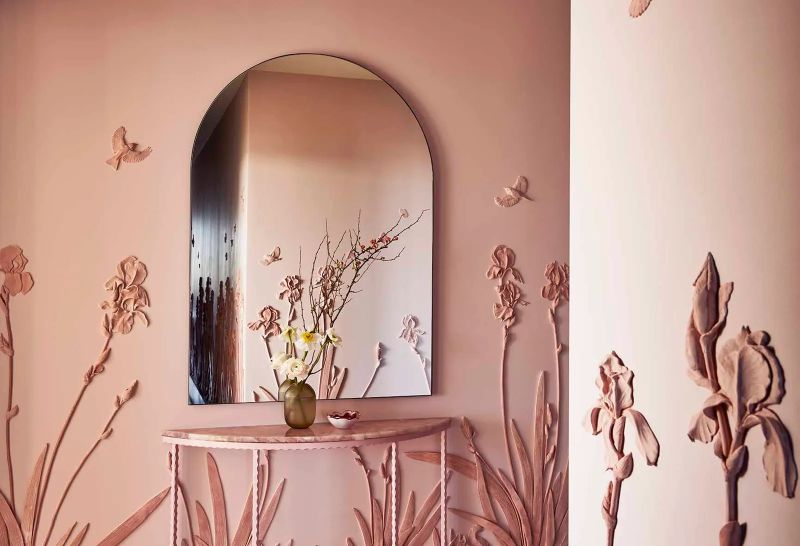 Loro Piana wool cashmere is used to line the walls of the main bedroom, as well as the bed, drapes, sofa, and even the cabinet knobs, which is another characteristic item from the studio. Finally, a thick rug made of woolly mohair adds to the space's enveloping coziness. 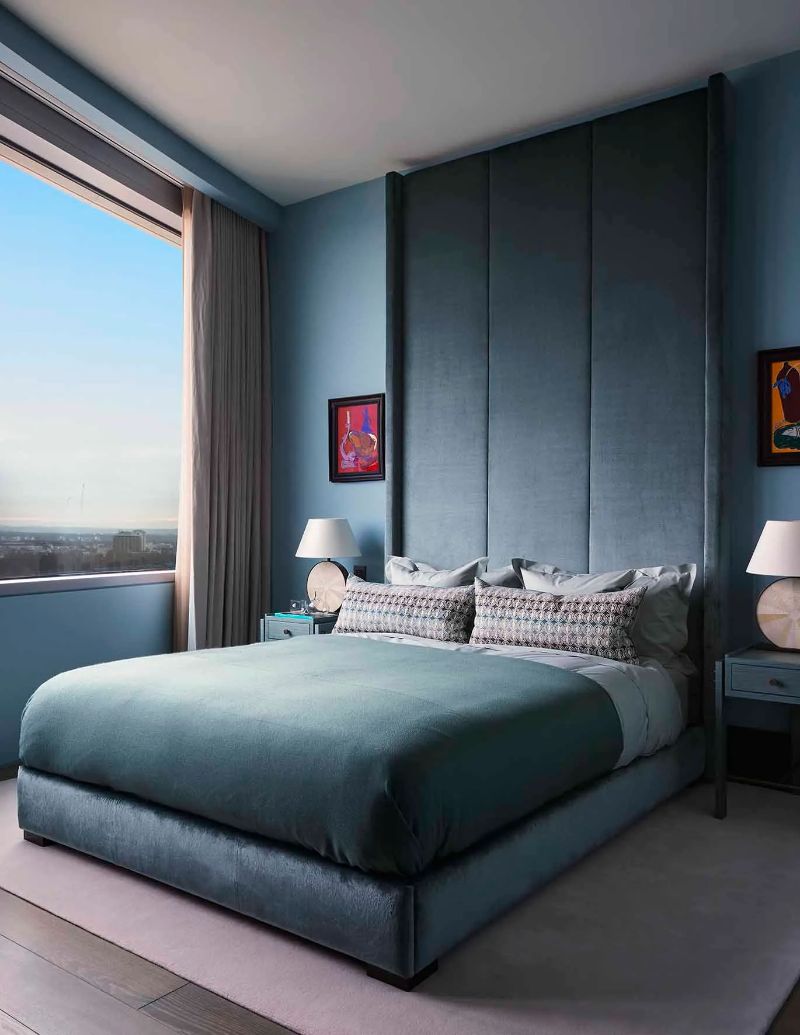