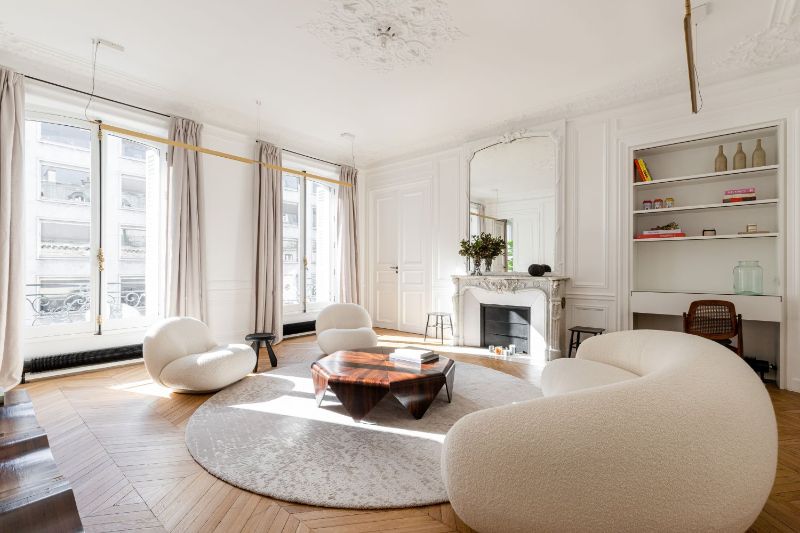 Located in Paris, this 150-square-meter apartment is in the heart of the Golden Triangle. A glamorous neighborhood which is delineated by the renowned Montaigne, Champs-Elysées, and Georges V avenues, and where Bulgari, Cartier, and Dior boutiques alternate with five-star hotels such as the Plaza Athénée and Le Fouquet’s. 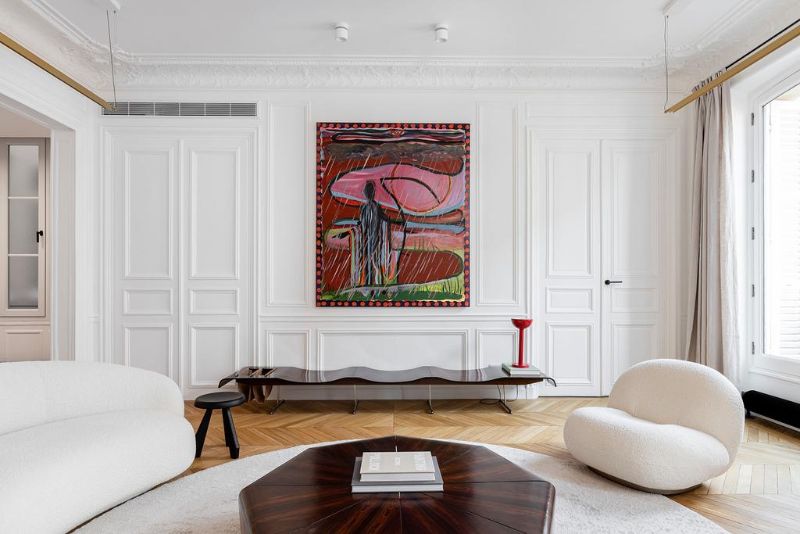 Occupying a typical Haussmann building from 1870, the space boasted traditional features such as intricate molding and original fireplaces. However, it also lacked modern conveniences—a must-have for the owners, a couple working in finance and design who plan to use it as their pied-ŕ-Terre in the city. 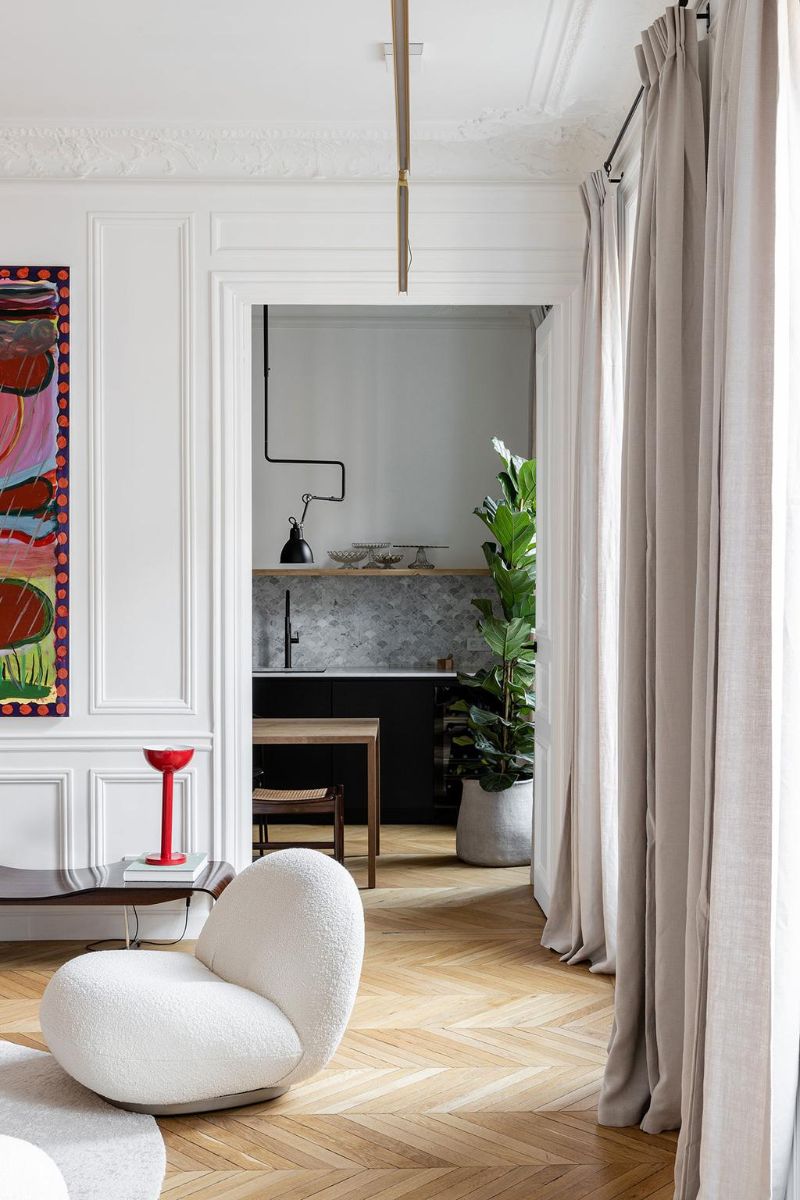 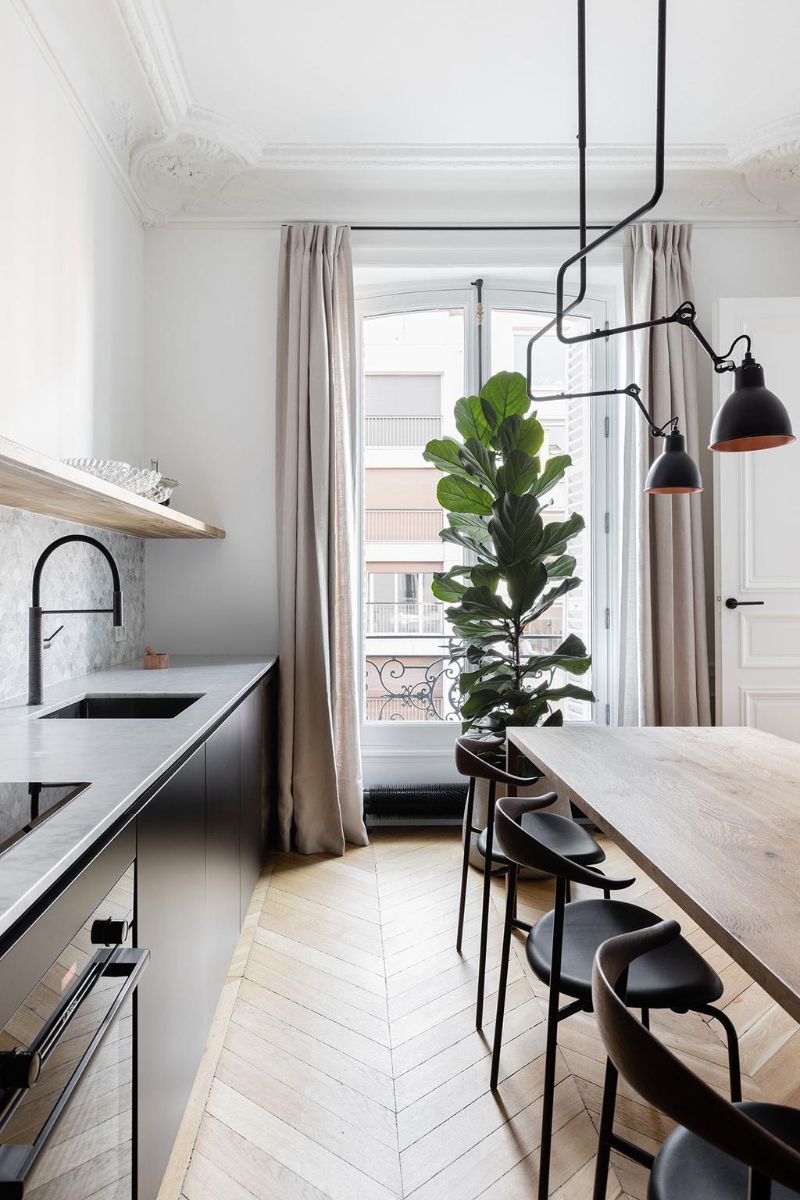 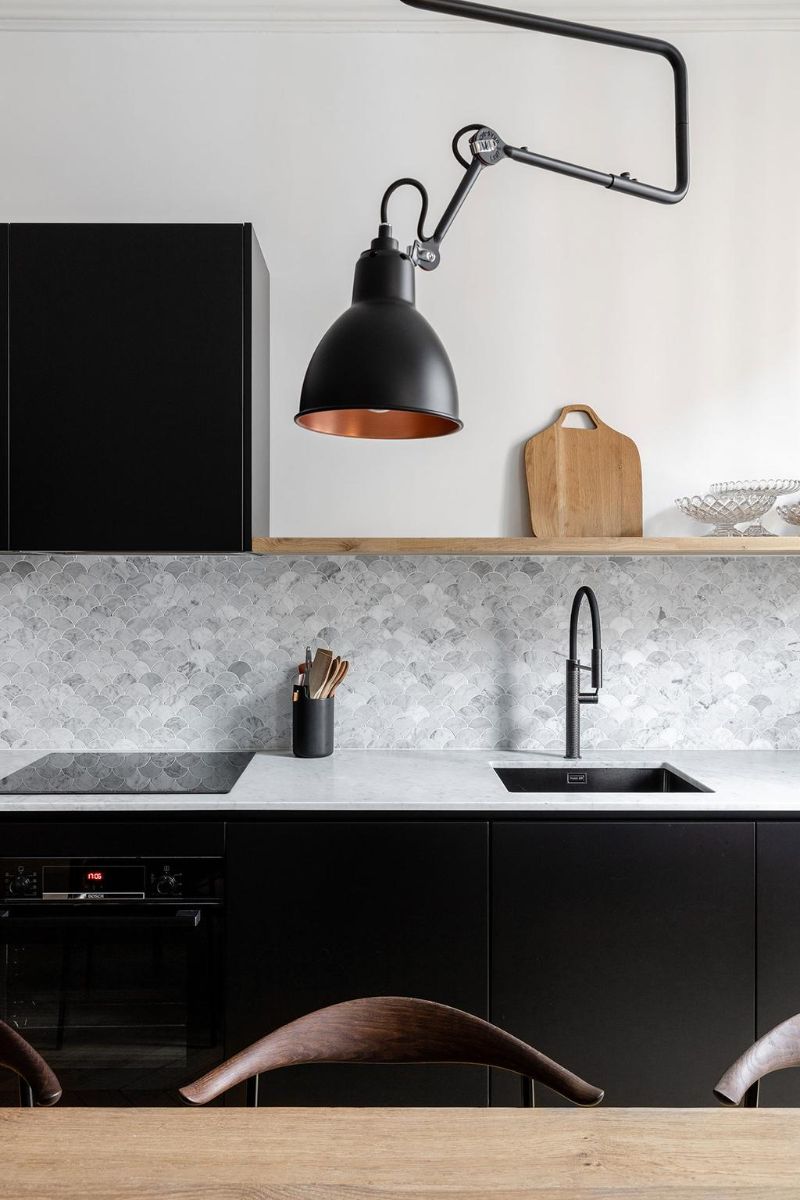 The owners were met with a surprise when they finally stepped foot inside the Chadi Abou Jaoude designed home: everything had been transformed, including the bathrooms and open-plan kitchen, which allowed the main bedroom to be enlarged. 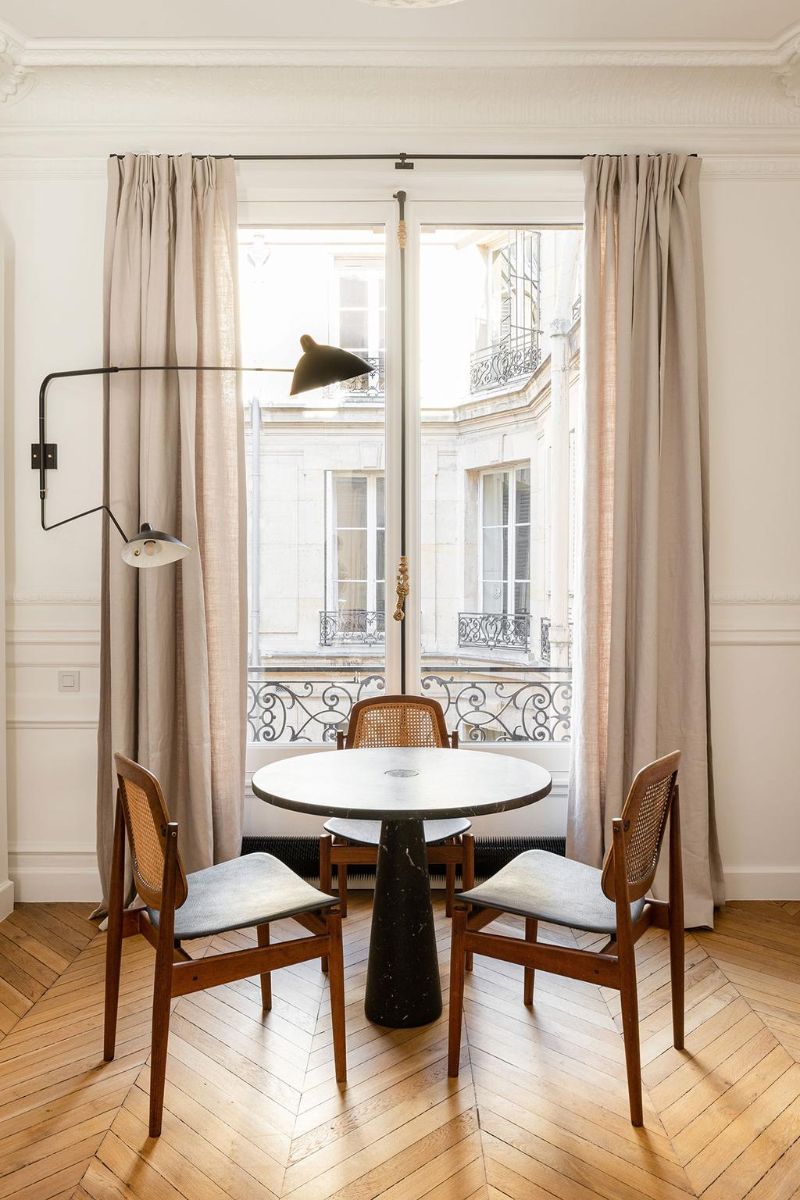 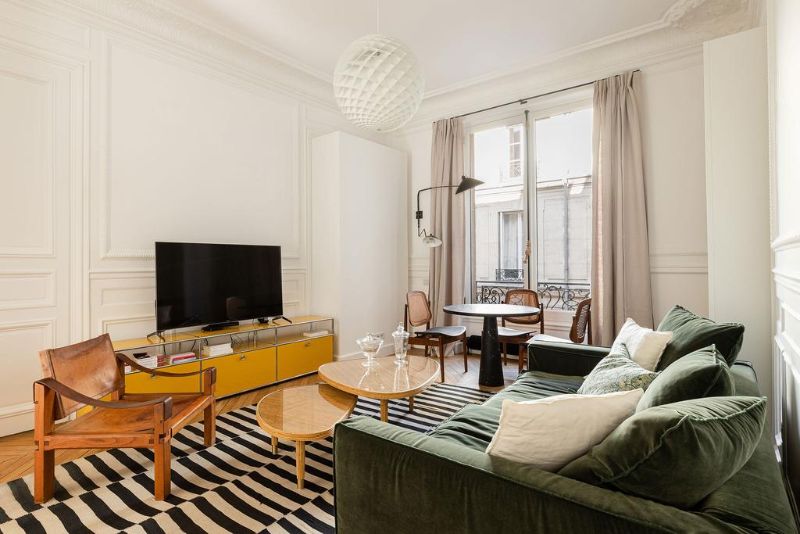 Chadi Abou Jaoude retained traditional details to give the apartment charm and character. Original herringbone parquet flooring in oak lays the foundation in almost every room, including the hybrid kitchen dining room. 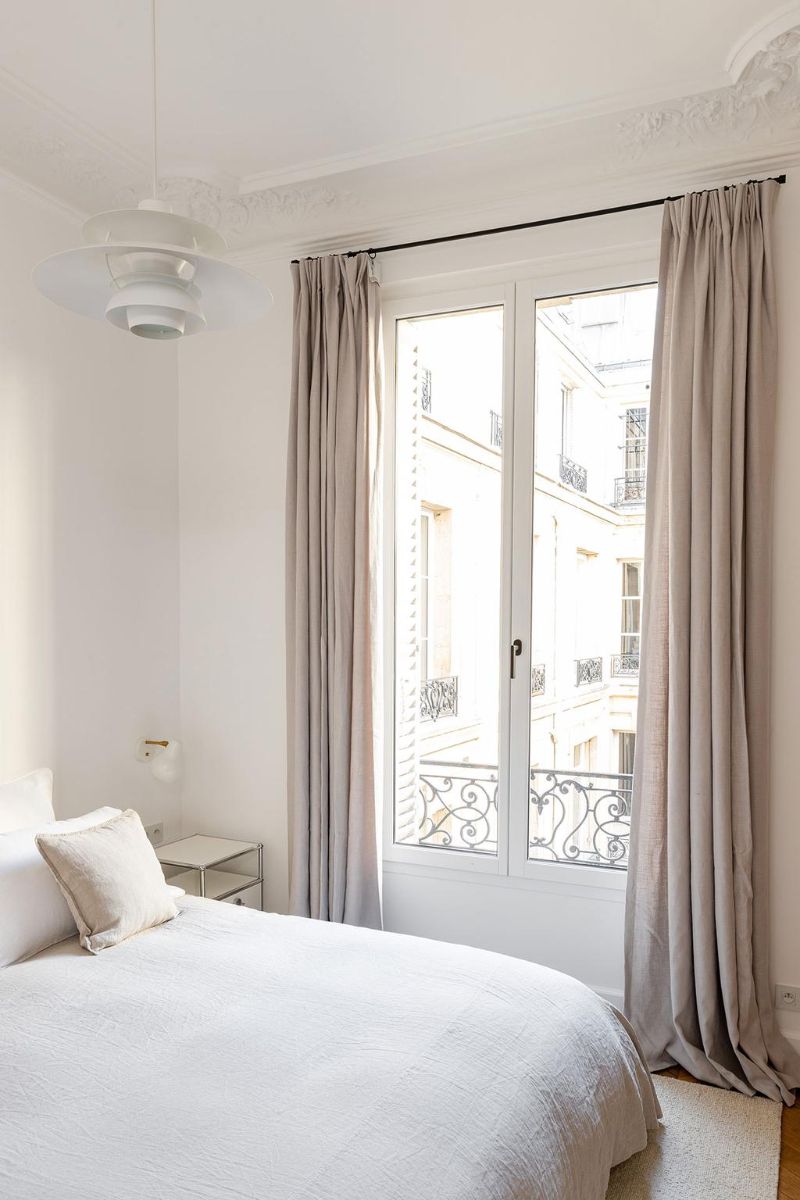 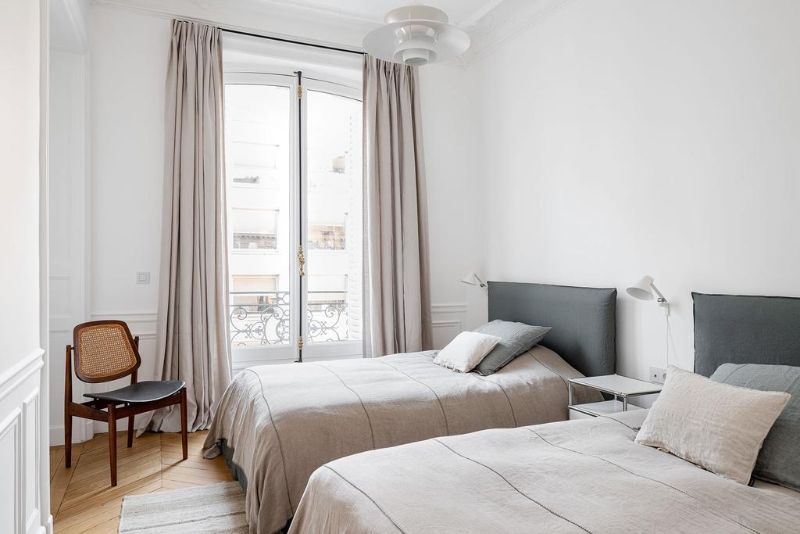 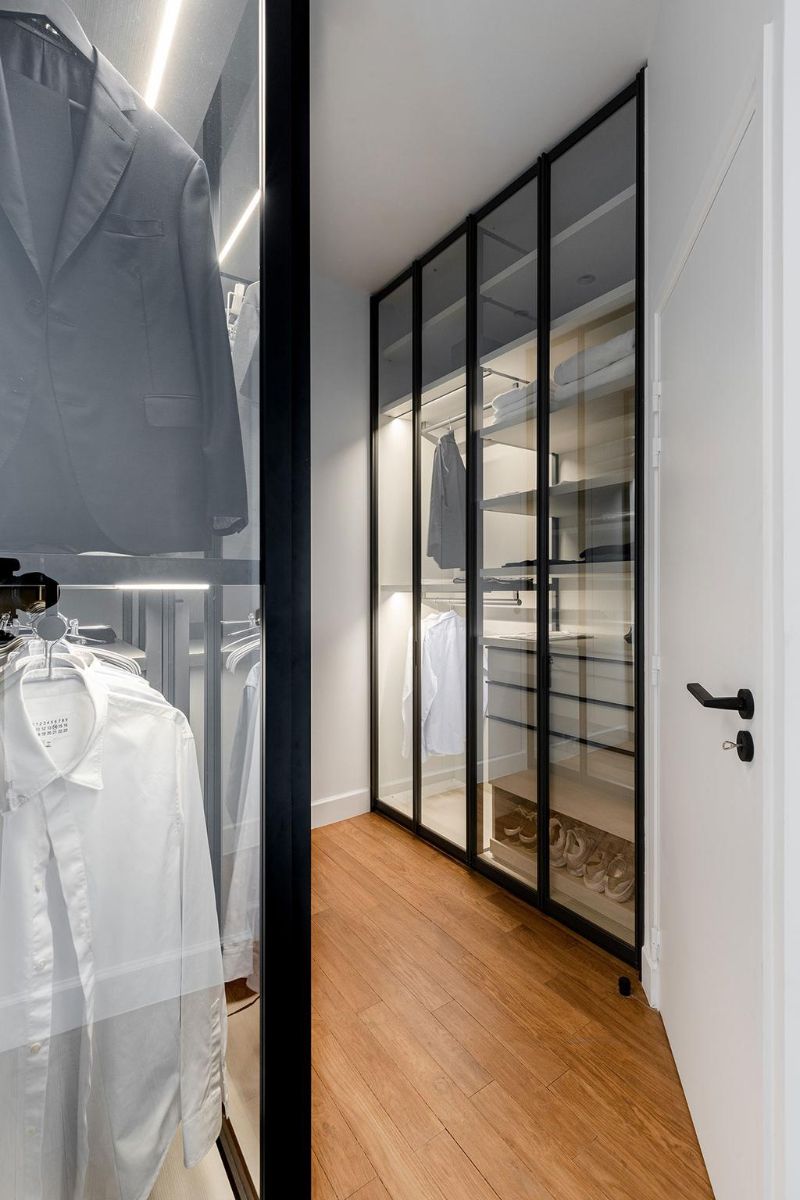 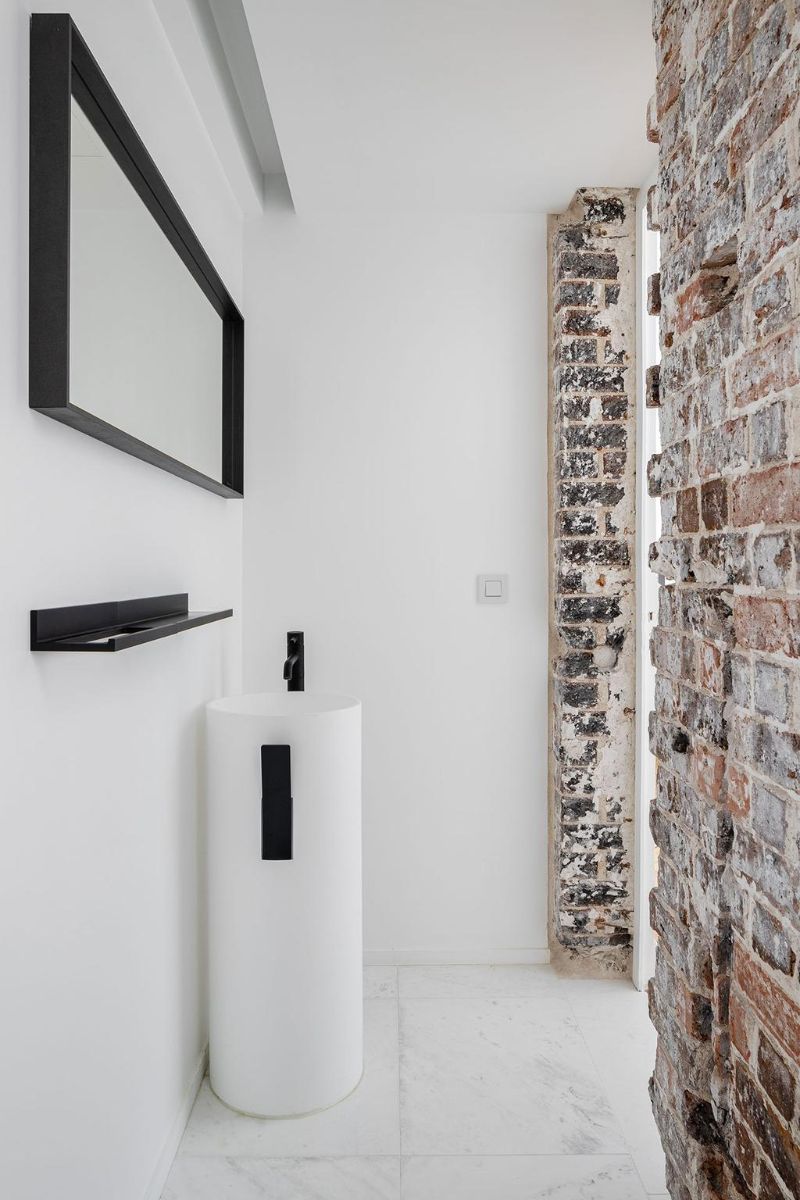 The result is indisputably refined, honoring the spirit of the city where it belongs. Indeed, Paris will always be a good idea.