Architect Carlos Garciavelez and interior designer David Lawrence, who manage the design studio Carlos David together, feel that the remodeled Upper West Side residence they share is the essence of their synergy and their new calling card. 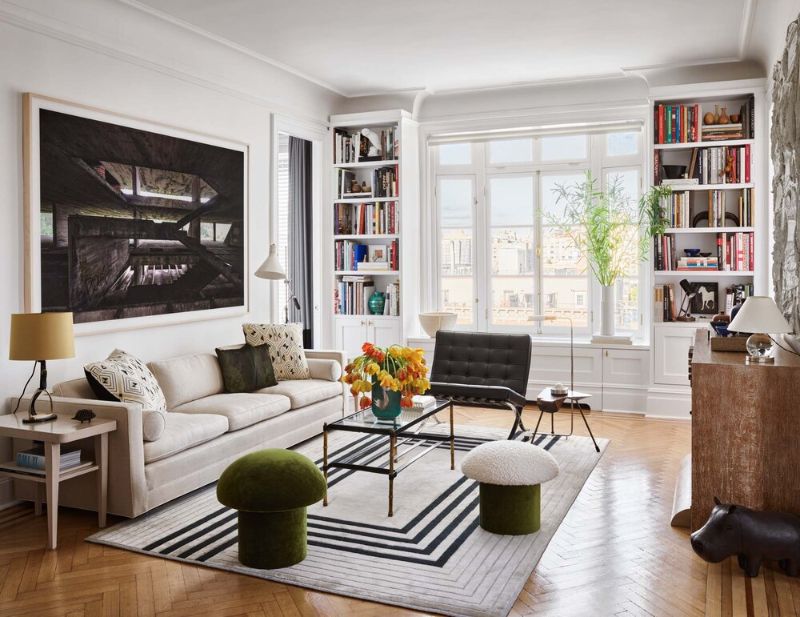 The result is a home for their collection of midcentury French, American, and Italian design, vintage apparel, and diverse artwork, as well as an incubator for long-gestating ideas that represent their cross-disciplinary backgrounds. 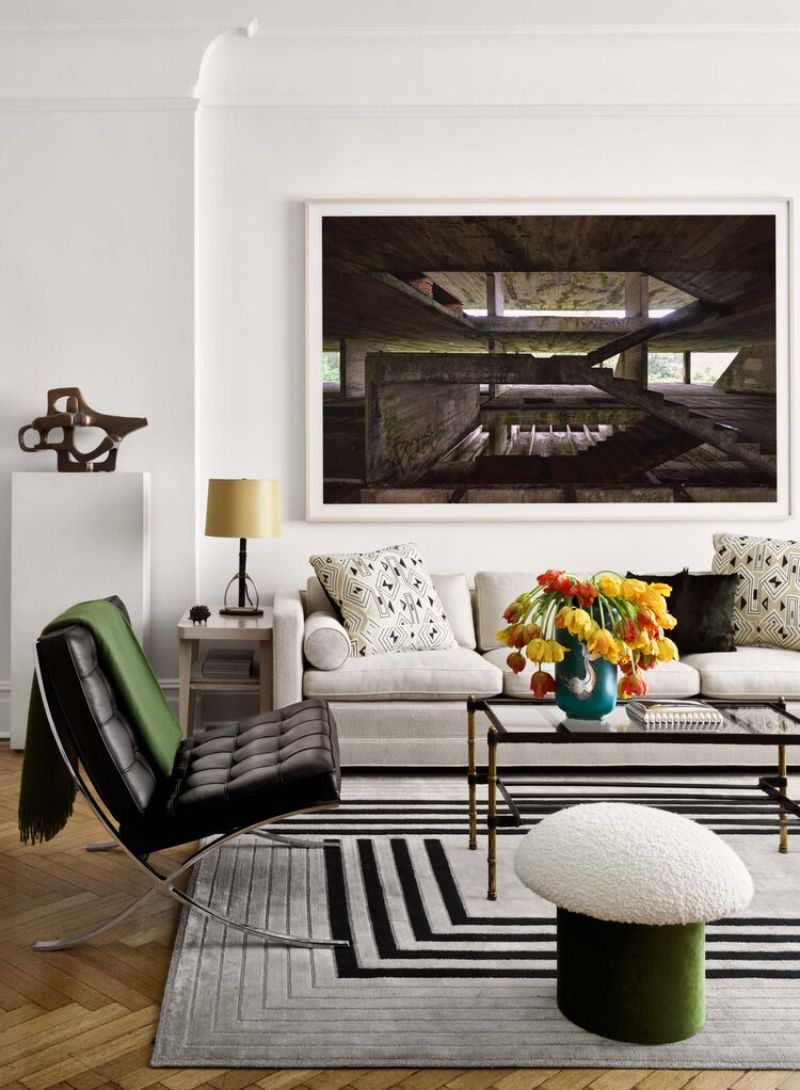 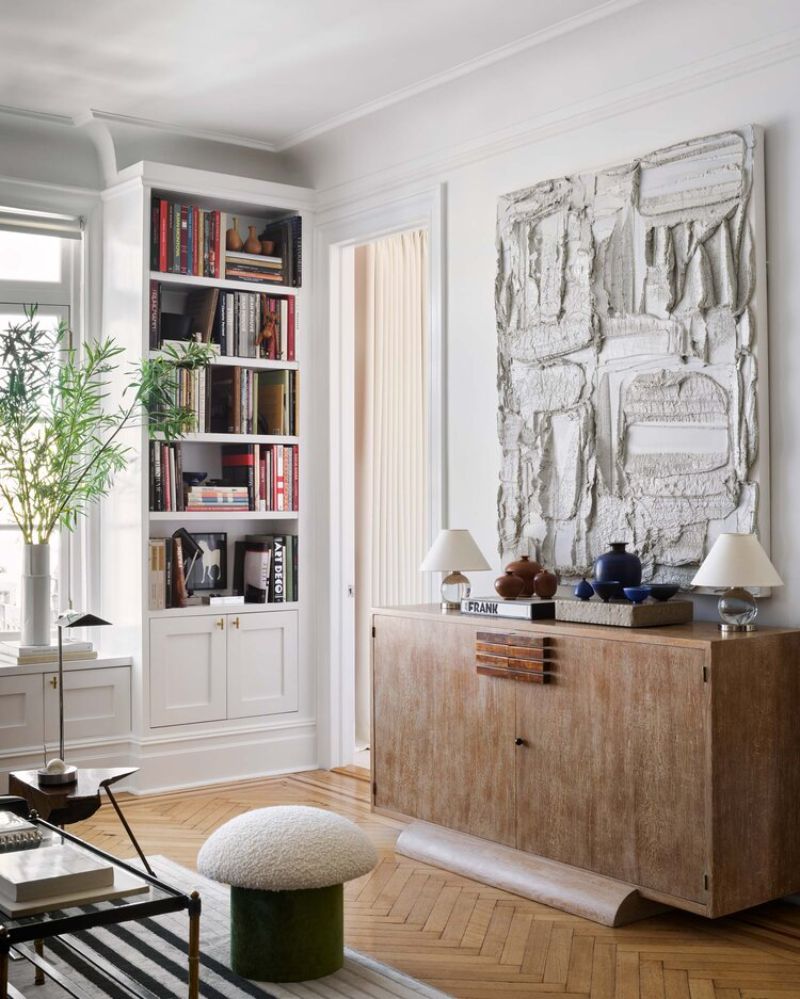 Lawrence and Garciavelez fell in love with the classic prewar flat one block from Central Park about five years ago. From the lofty ceilings and herringbone wood flooring to the plaster walls, cove moldings, and northern, eastern, and western exposures, it enticed them with original elements. They had just started demolition on the main bathroom after completing a "modified" total remodel and spruce-up around two years ago when the COVID-19 outbreak prompted them to cease building. 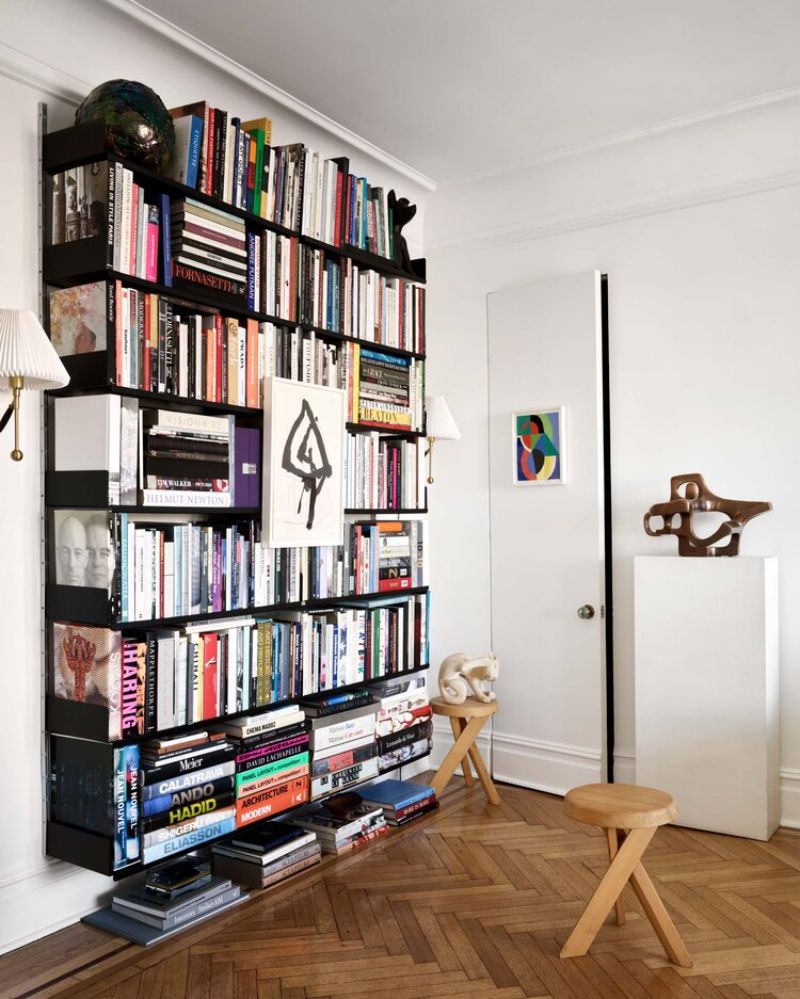 After a brief hiatus, they started work on the project, beginning in the living room, a room with plenty of natural light thanks to a bay window; less about décor and more about curation, it now houses cherished works of art and furniture they"ve collected over the years. 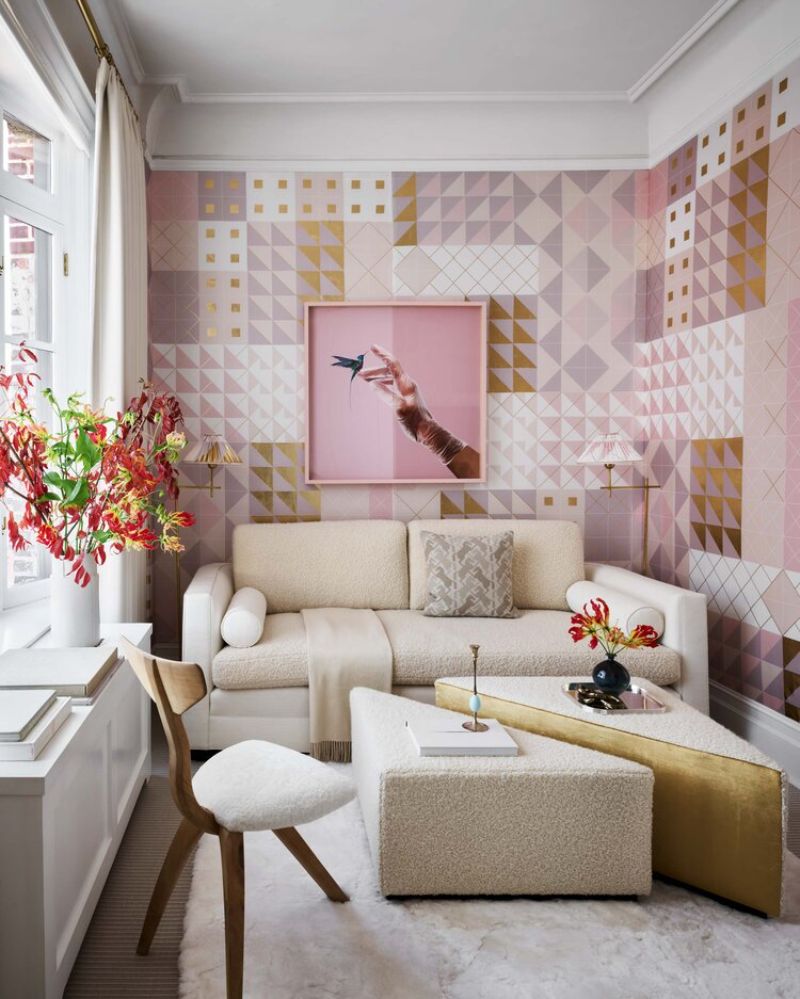 Garciavelez and Lawrence are creating a line of custom upholstery and fabrics based on their deep understanding of the talent hidden in New York City"s Garment District. For instance, the designers" TV room is a blush and gold cocoon with silk taffeta and gold leaf wallcovering. 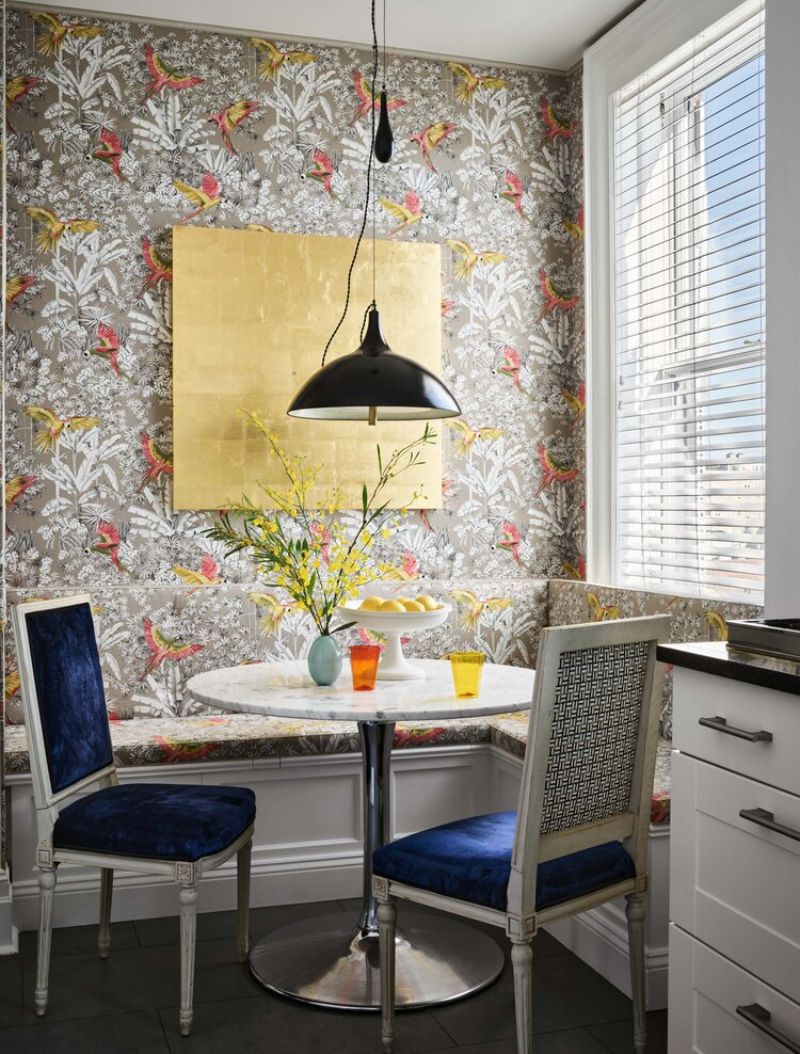 In the kitchen, the designers created an immersive dining area by covering a wall and custom-made banquette with the same Thevenon canvas, which features macaws in a tangled jungle. With its Ralph Lauren Home cashmere-and-wool pinstripe gracing the walls, going into their gorgeous charcoal-hued bedroom is like walking into a well-tailored suit. 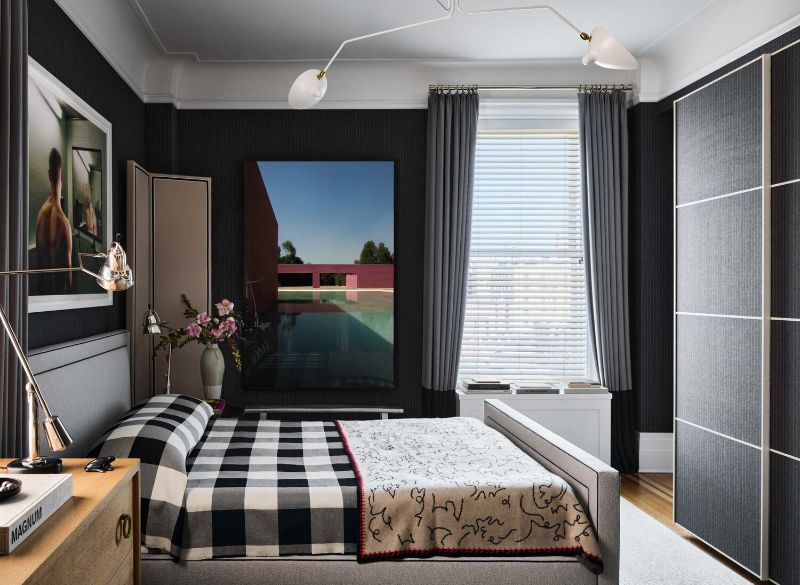 Reupholstered antique items, such as the marble-lined doorframe that separates the apartment entry from the living room, continue to combine with a striking pattern or unexpected feature to create discreet transitions. 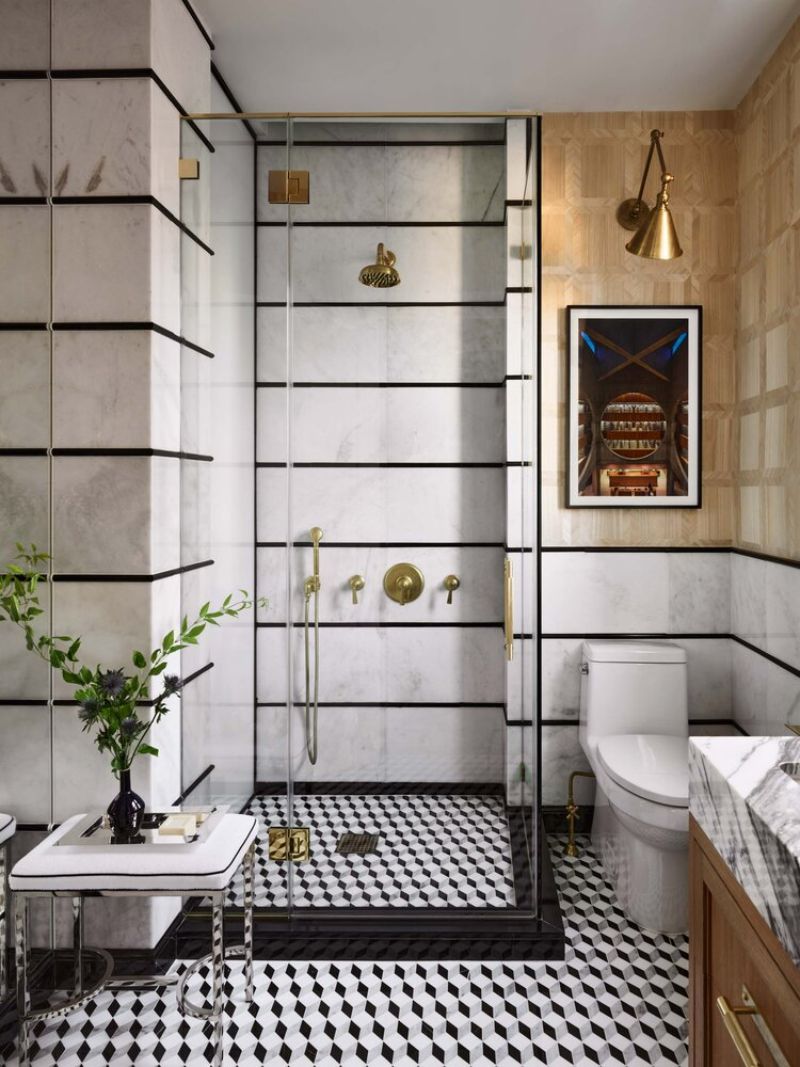 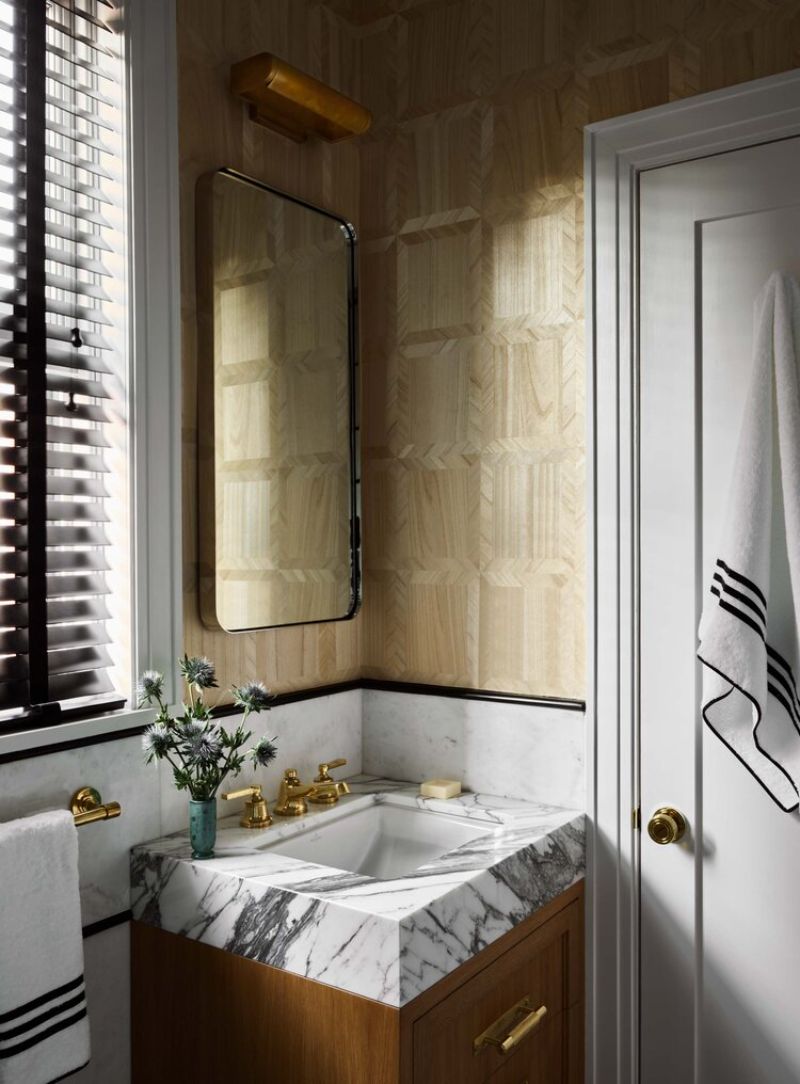 “There’s a lot of consensuses that happened here that helped us respect each other,” Garciavelez says. “You choose your battles. The result is even richer than you thought.”
NEXT ARTICLE