Chlöe Bailey’s Modern Home Is All About Zen Energy

Chlöe Bailey doesn't spend much time at home, to be honest. The singer-songwriter and actor, who now goes by the mononym Chlöe, keeps a very rigorous schedule. That means she spends the majority of her time going from one place to another, whether it's meetings at Parkwood Entertainment, studio recording sessions, posing for a photo shoot, or serving looks on the red carpet. When those hard days are done, Chlöe developed a Los Angeles hideaway in collaboration with West Elm, where she can unwind from the pressures of her hectic lifestyle. 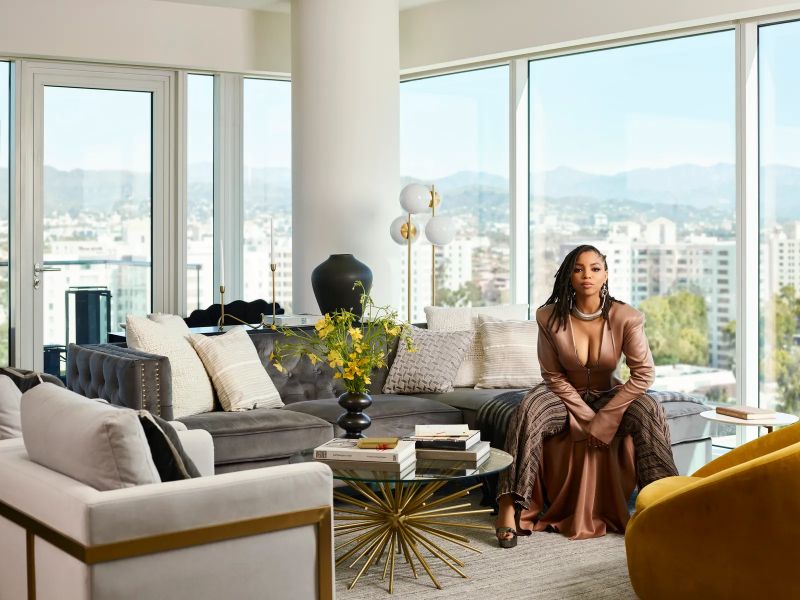 The 1,300-square-foot apartment represents a new chapter in her so-called adult life. Having grown up in Atlanta, the 23-year-old cherishes the cozy roots of Southern comfort. 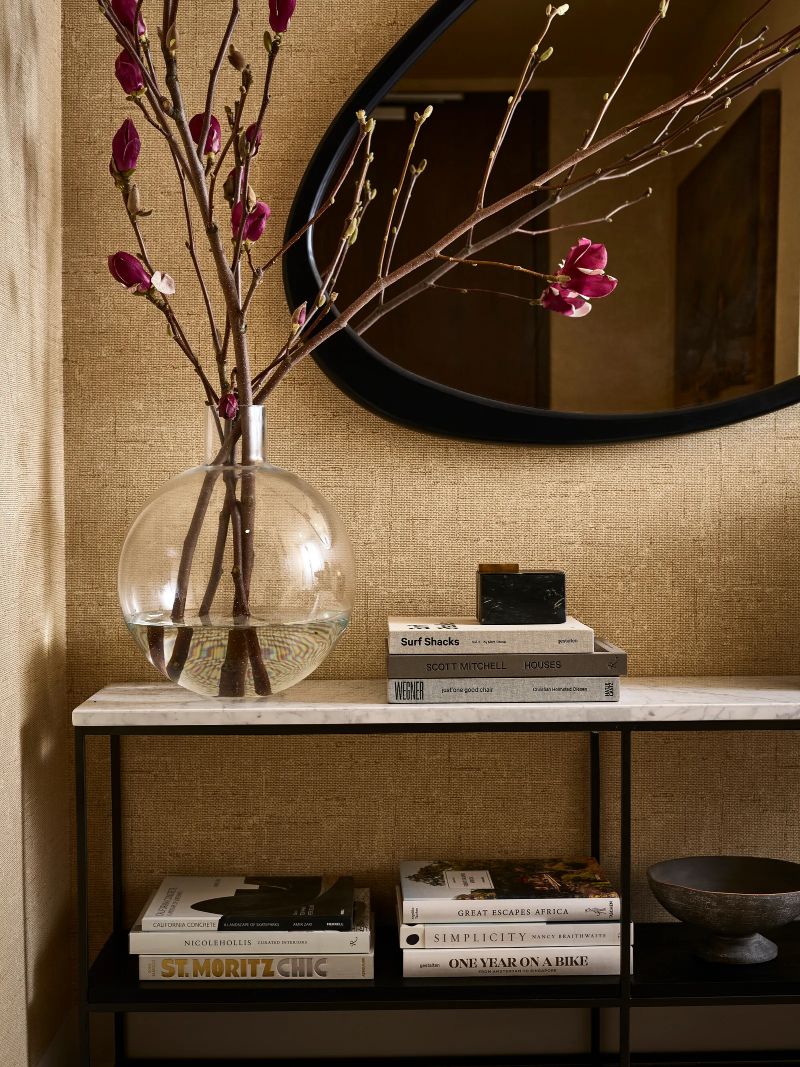 Chlöe had a simple concept for her apartment's aesthetic: a serene area that felt “beautiful, stylish, and elevated” while also radiating “boss bitch” energy. It reflects all the attributes she embodies: confidence, ambition, and warmth of heart. After Chlöe moved in last July, it took around five months to create the flat with the help of her godmother, who lives just a few minutes away. 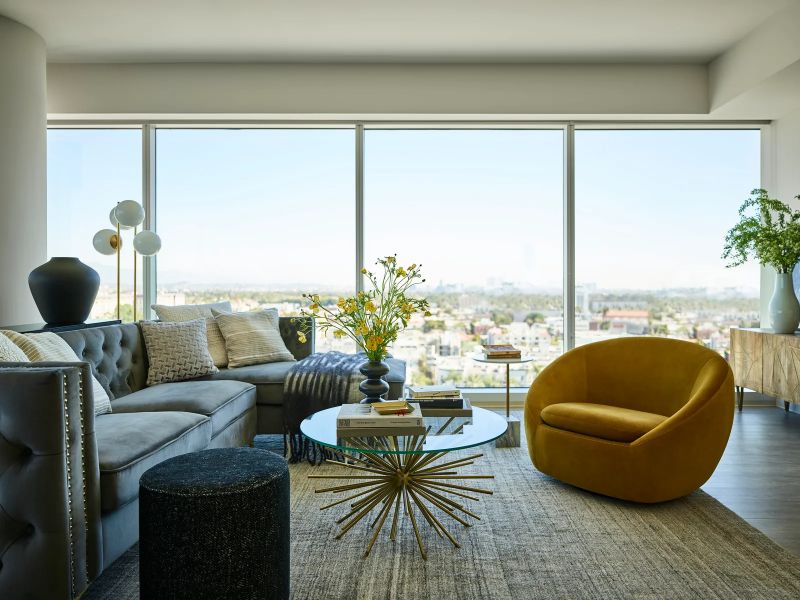 Chlöe then worked with West Elm to incorporate simple but impactful statement items in neutral and warm tones. Her preferred hues are widely represented throughout the area, from a range of somber blues to the brass of a media console and its ornate, eye-catching accessories. Overall, furnishing the house was a reasonably straightforward procedure that didn't necessitate a lot of hard lifting. Towards the end of last December, the entire apartment felt finished.
SEE ALSO: 7 CELEBRITY BATHROOMS THAT SCREAM GLAMOROUS LIFESTYLE 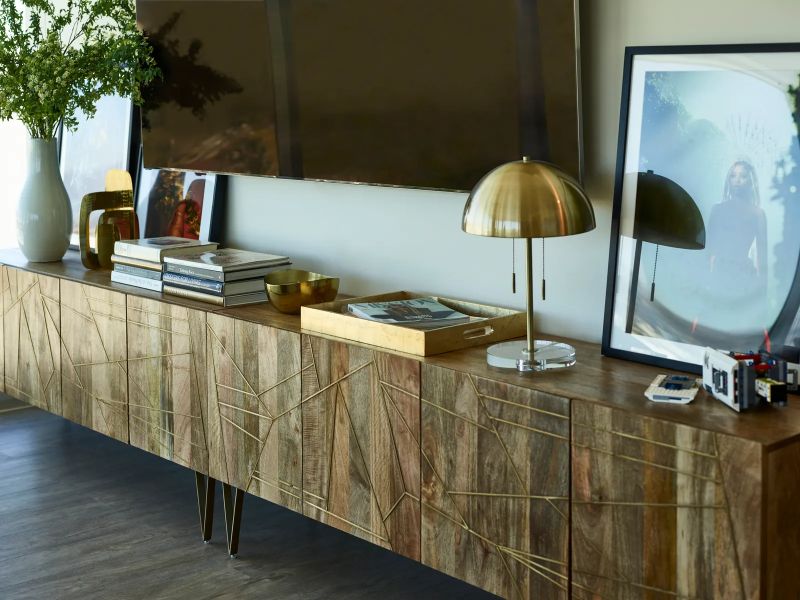 With its beautiful collection of framed photographs and paintings, the entryway serves as a literal trip down memory lane. Some are from photo shoots, while others, like an oil painting by Theo Reijnders, depict Chlöe and her younger sister, Halle, on stage. Because of the enormous floor mirror at the end of the hall, this area also serves as a runway. 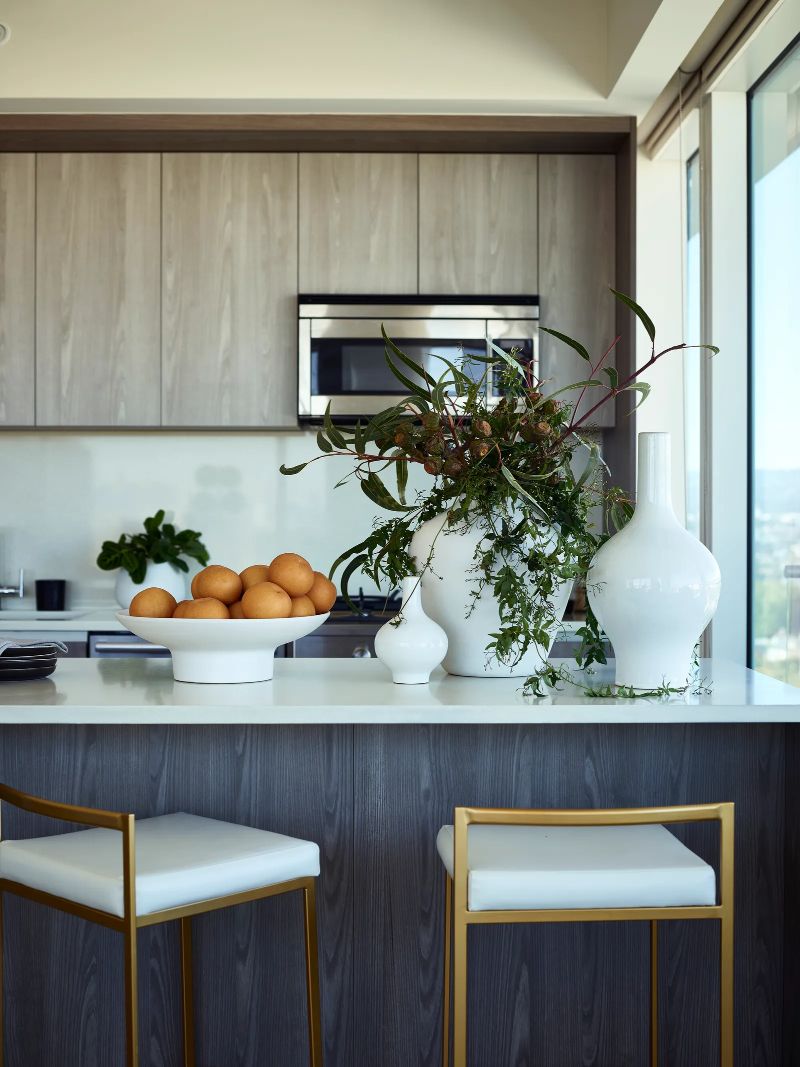 Chlöe is as particular about the vibes in her home as she is about her music. Her guest room doubles as her workspace, but don't call it an office because it's not where she conducts her business. Chlöe refers to this room as her zen spot, emphasizing that she “wanted it to feel like a big breath of fresh air.” One of the standout pieces is the ink-blue velvet sleeper sofa that pairs perfectly with the wallpaper. 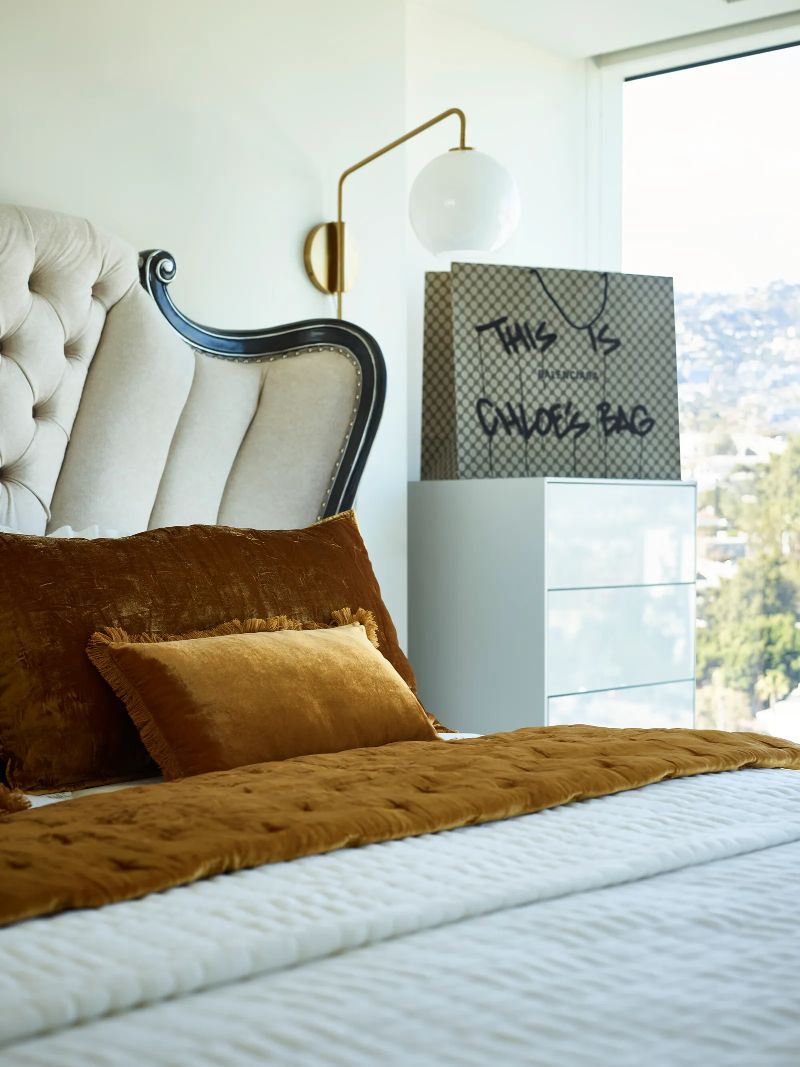 The vignettes are also peppered with motivational mantras and mottos. On her desk, for example, there's a plaque that says “Do Epic Shit.”
SEE ALSO: 5 CELEBRITY LIVING ROOMS YOU NEED TO SEE 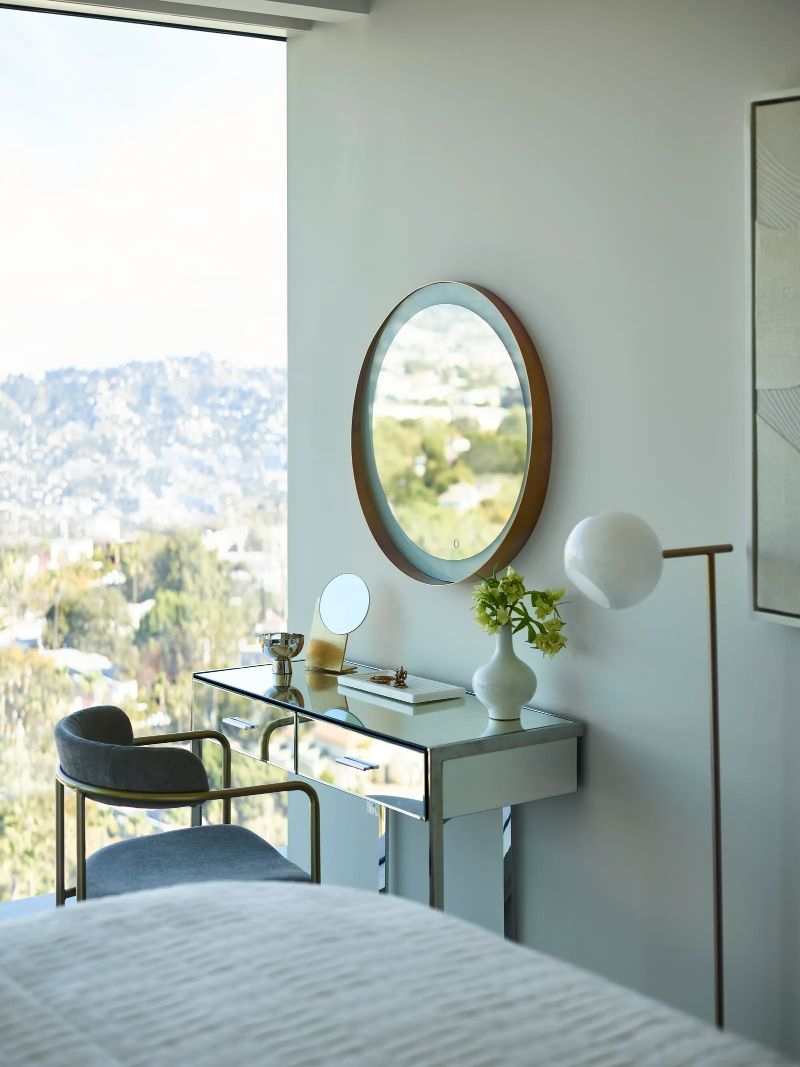 Her bedroom contains the most unique piece of furniture she currently owns: a queen-size bed. Although, Chlöe can generally be found sleeping in the living room with her dog, Common. Without a doubt, that is Chlöe’s favorite place to be. 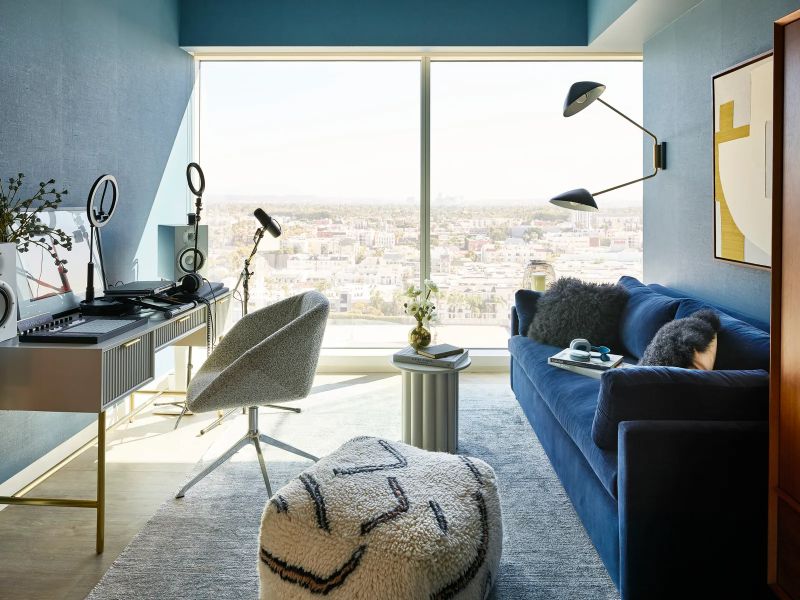