The Most Forward-Thinking Women - Iconic Designers

When it comes to celebrating women, the interiors industry is of note for its endless list of brilliant female interior designers past and present. Whether it’s 1920s icon Dorothy Draper or modern-day design mavens like Amy Lau, the interiors sphere has undoubtedly been shaped by some of the most forward-thinking females. To honor International Women’s Day, we bring you our round-up of the most iconic designers. From their ambition to their business intuition and, of course, their innate style, take inspiration from these remarkable leading ladies.
Alexa Hampton 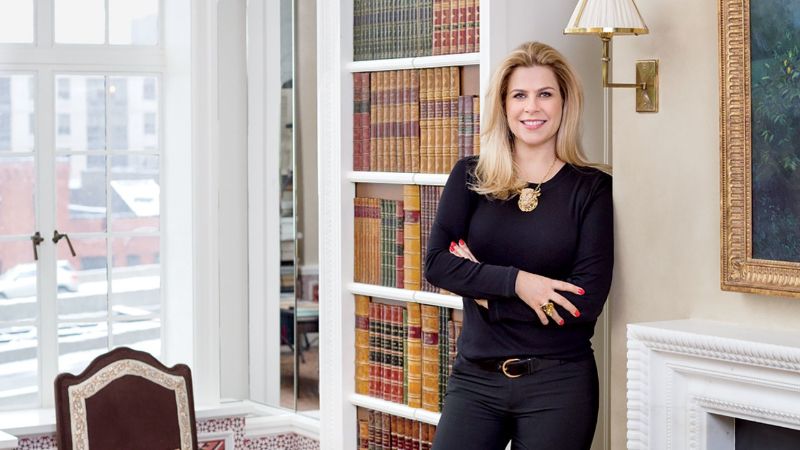 Since 1999, Mark Hampton’s sumptuous interiors have been gracefully guided into the modern age courtesy of the firm’s founding designer’s daughter, Alexa Hampton. Whether she’s crafting a pared-back Hamptons retreat, tastefully updating her father’s work in a New York abode, or designing her own family home, Hampton upholds the firm’s long-standing sensibilities: timeless interiors with attention down to the very last detail.
Amy Lau Design 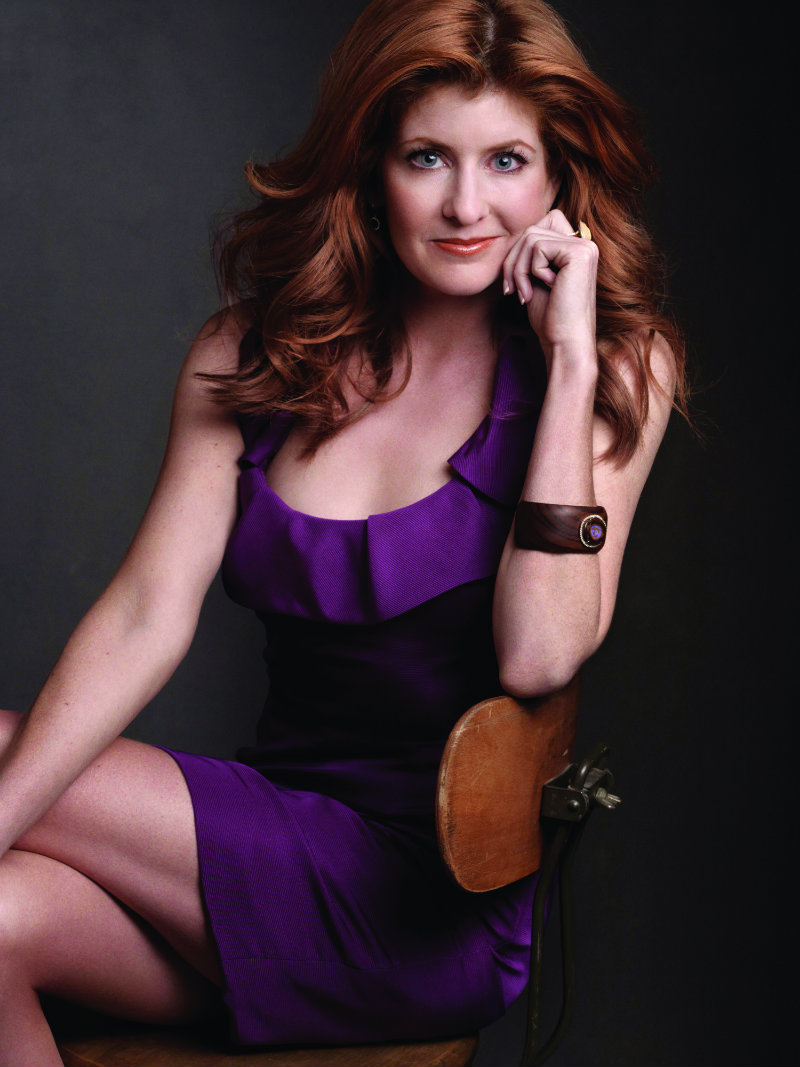 Amy Lau honed her sophisticated aesthetic as a specialist in midcentury and contemporary furniture—first as design director for Manhattan’s Lin-Weinberg Gallery, later as co-founder of the celebrated Design Miami fair. For the past 20 years, she’s lent her well-trained eye and a keen knack for mixing different styles and eras to help clients create inspired, artful, all-encompassing interiors.
Julie Hillman Design 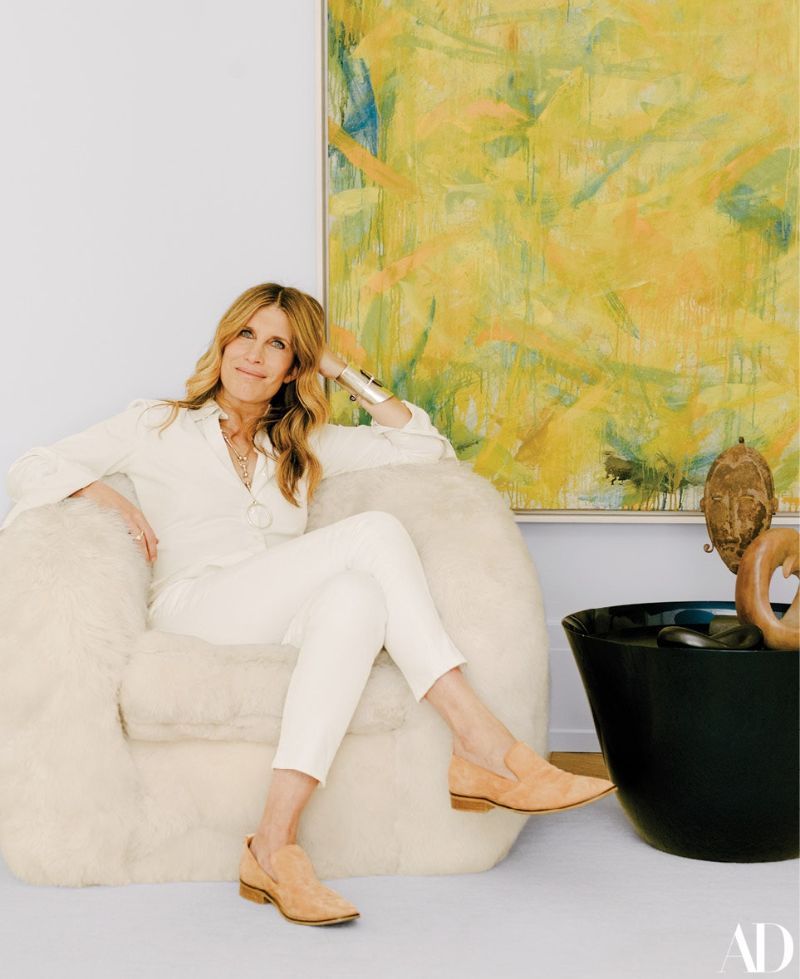 Her of-the-moment yet suavely eclectic domestic habitats (Manhattan townhouses, a Hamptons getaway, an Aspen retreat)  have been influenced by everything from Donald Judd sculptures to the old-meets-new juxtapositions of Copenhagen’s streetscapes. One of her signatures: combining decorative and functional art to achieve aesthetic harmony.
Kelly Behun Studio 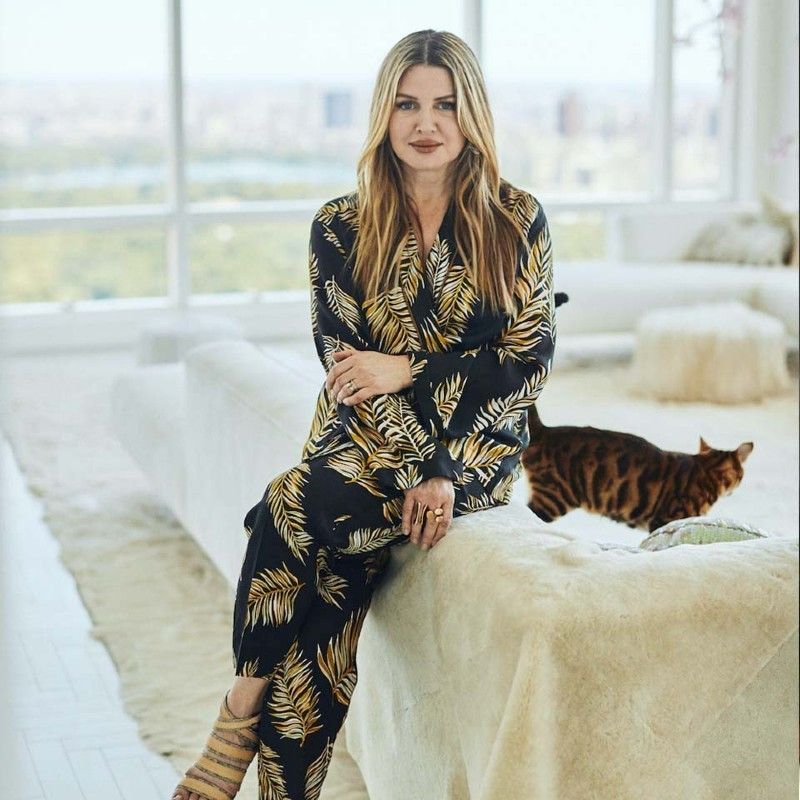 During her first days on the job at Ian Schrager Hotels’ in-house studio, fledgling designer Behun received an assignment: to shadow iconic French designer Andrée Putman during a renovation of Morgans—often credited as the original boutique hotel—which she’d designed. Now, at her namesake design firm, a hint of Schrager’s legendary style shines through her work in projects where great art and bold furnishings combine to brilliant effect.
Michelle Nussbaumer Design 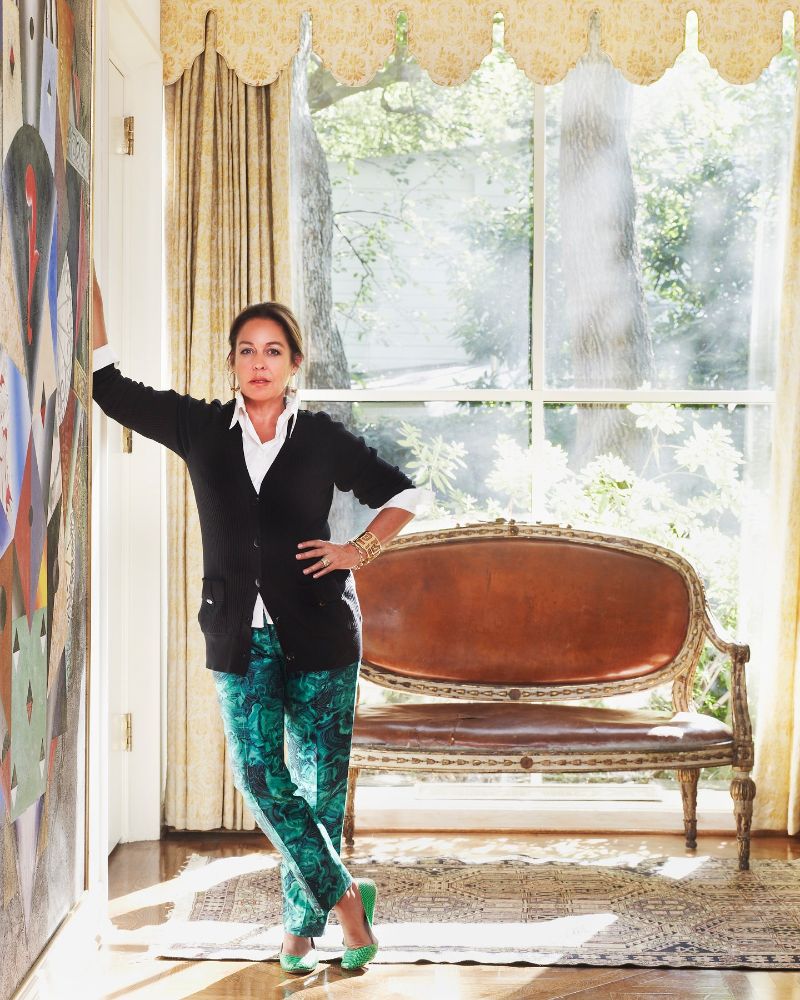 Nussbaumer is the guru of the grand gesture—juicy palettes, patterns that twist and shout, and a magpie array of influences given dazzling tribute in Wanderlust: Interiors That Bring the World Home from Rizzoli, a punchy 2016 shot-across-the-decorating-bow book that has become a cult favorite. Recently completed projects range from a hacienda in San Antonio to a Georgian house in England’s Cotswolds to a neo-Mayan residence in her home city.
Monique Gibson Interior Design 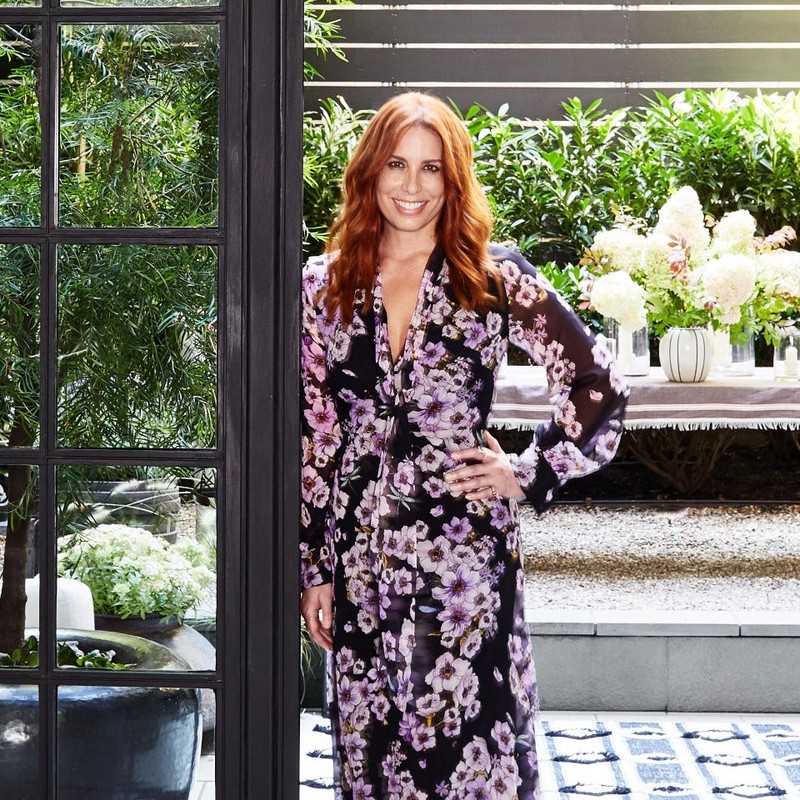 It’s a rare thing in the interior design world to land a first client as high-profile as Elton John, but Monique Gibson did just that, back when her studio was based in Atlanta. She’s since moved to New York, living and working out of an Italianate townhouse of her design in the East Village.
Nicole Hollis 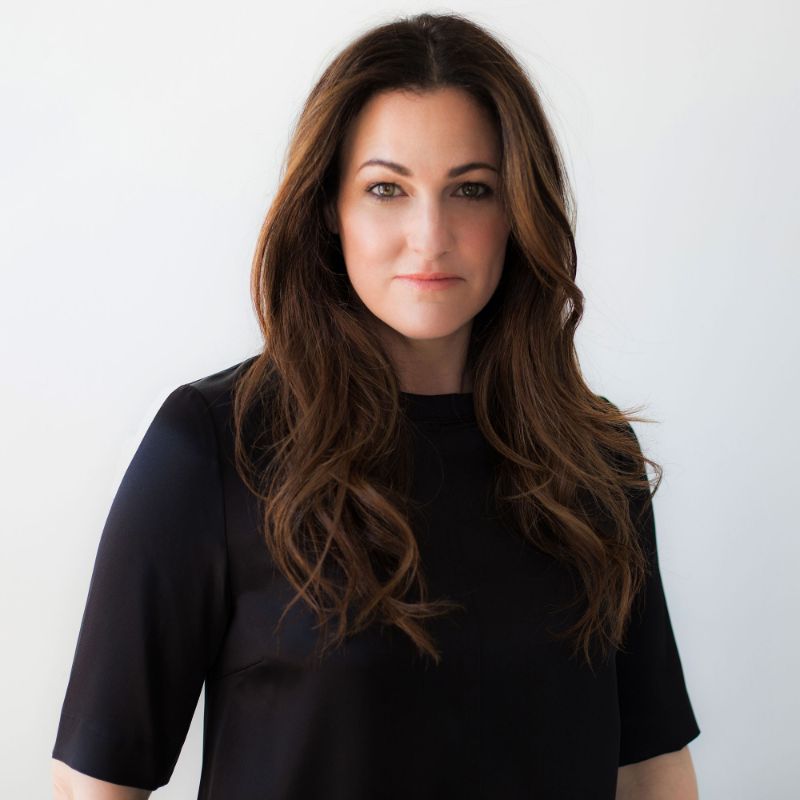 Hollis prefers the boldly spare rather than the overdressed, conjuring rooms that are “all about form, light, and shadow.” That doesn’t mean monastic modernism, though. Her projects can celebrate Moroccan-inflected furniture as much as luxurious paneling. And custom-made accents that “channel the spirit of collaboration” are crucial aspects of the designer’s work too.
Pierce & Ward 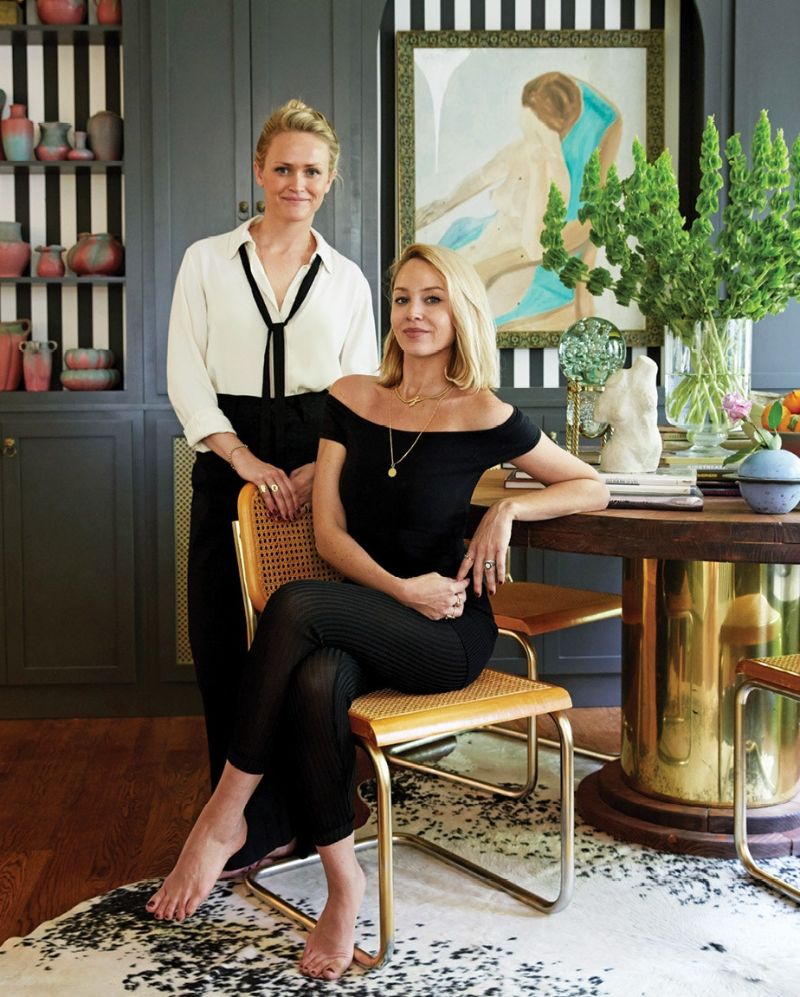 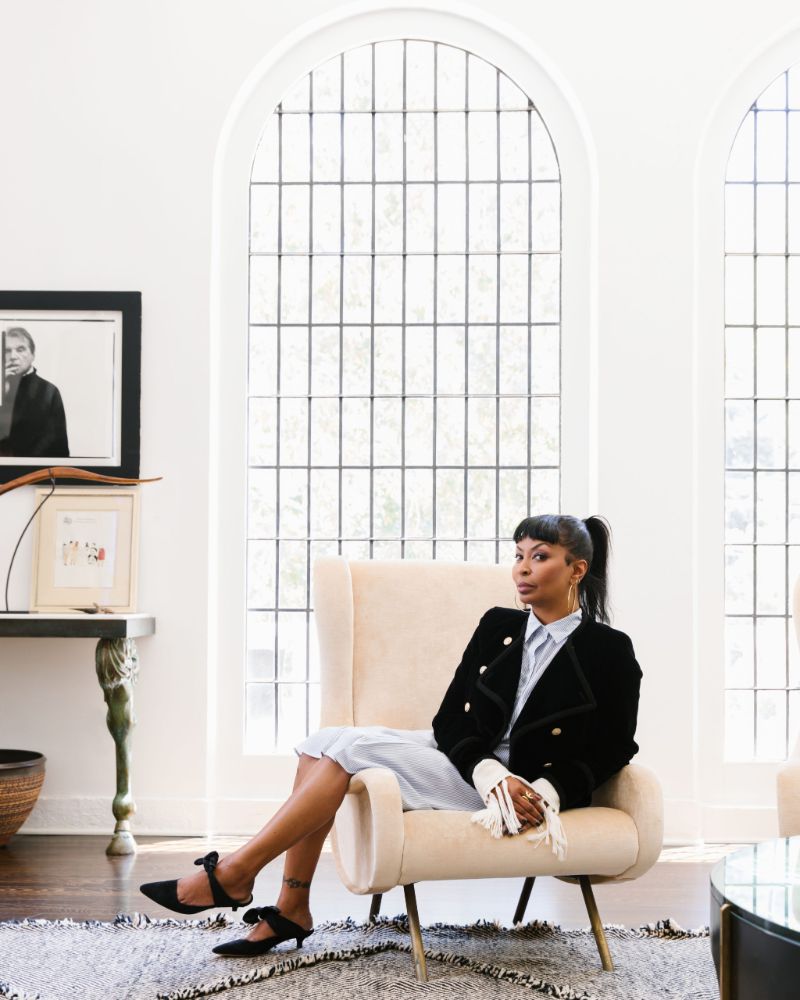 Self-taught and wildly imaginative, Brigette Romanek first dipped her toes in the waters of interior design when she helped her friend Kelly Sawyer Patricof, co-founder of the nonprofit organization Baby2Baby, outfit her Malibu home. She hasn’t looked back since. Today, Romanek has her hands full crafting sublime abodes for entertainment powerhouses on both coasts.
Sheila Bridges Design 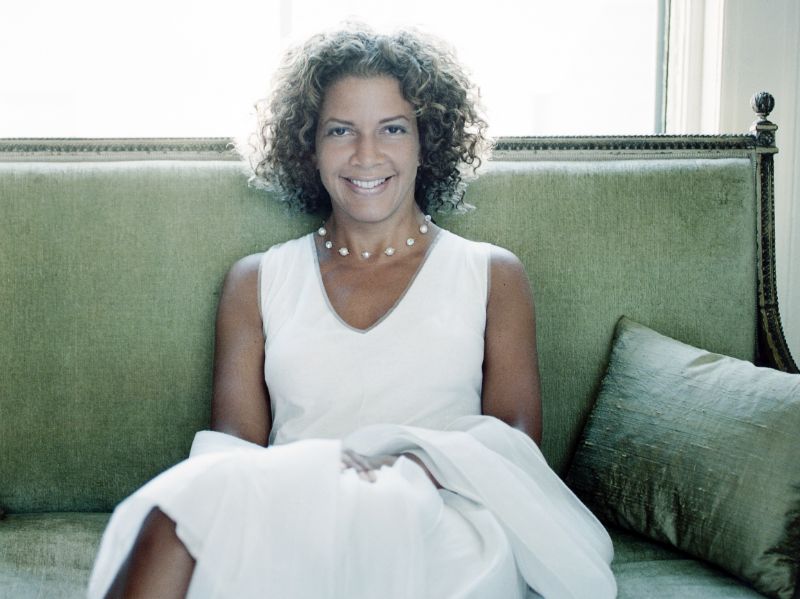 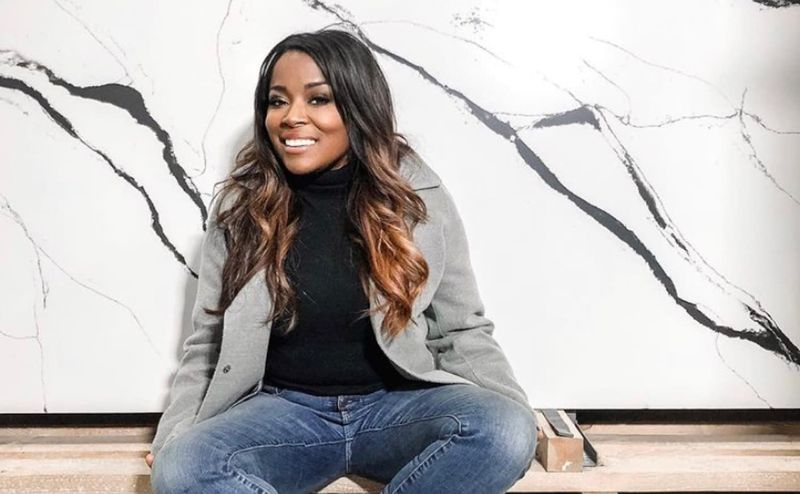 “If you ever want design advice, don’t ask your neighbors,” designer Tiffany Brooks says. The suggestion, by someone who possesses a personal preference for rooms that are “classic with a twist,” indicates Brooks’s well-earned confidence.
NEXT ARTICLE