7 Oldest Hotels in the World With Timeless Interiors

Almost anyone's curiosity will be piqued by the world's oldest hotels. That's for a good reason: most travelers choose to stay in historic locations. While few openings are as eagerly awaited as new hotels, there's something nostalgic about a resort, inn, or B&B that's been there for a great many years. Even though the decor has evolved a few times over the years, the world's oldest hotels are often the most beautiful.
The Blackstone (Chicago)

The Blackstone in Chicago, like many of the world's oldest hotels, began as a private residence. The Blackstone opened in April 1910, with opera singer Enrico Caruso performing a song to commemorate the occasion. The Blackstone has hosted a number of historic events during its decades as one of the city's most popular hotels, including Charles “Lucky” Luciano hosting the first-ever Crime Convention in the Crystal Ballroom, Eisenhower watching his presidential nomination in the Suite of Presidents, and the Duke and Duchess of Windsor booking a guest suite. 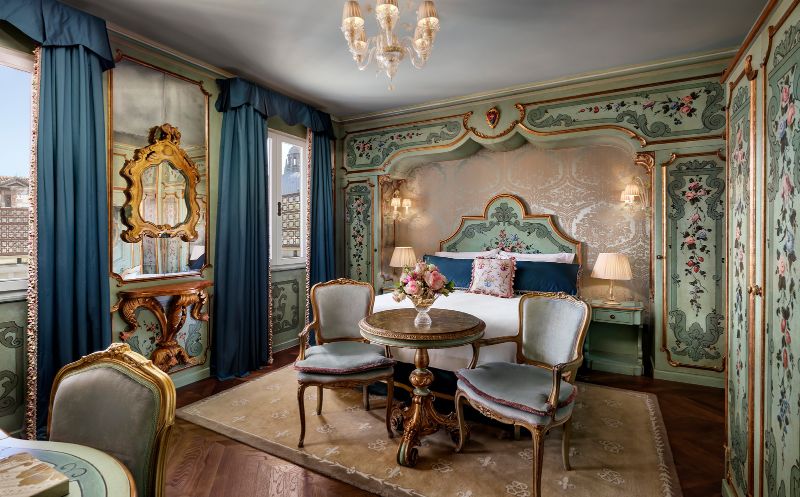 Since its construction in the late 15th century, the Gritti Palace, which opened as a hotel in 1895, has stood boldly on the edge of Venice's Grand Canal, and it is one of the few surviving palazzos that still exudes a sense of true regality. The palazzo, which was purchased in 1525 by the Doge of Venice, Andrea Gritti, is as much a palace today as it was when the Vatican ambassadors to Venice called it home several centuries ago, with its opulent interiors and original Murano glass fittings. The Gritti Palace has persisted like few other Venetian hotels, from the terra-cotta-colored original façade to the expansive interiors that serve as a spectacular ode to maximalist splendor. The Patron Canal Suites are possibly the most stunning suites in the hotel, yet every space is exquisite in its own right, whether it's the gorgeously somber dining room or the oxblood-colored library. The interior design and architectural masterpieces of the high-ceiling suites with views of the city's biggest canal are interior design and architectural masterpieces.
Copacabana Palace (Rio de Janeiro) 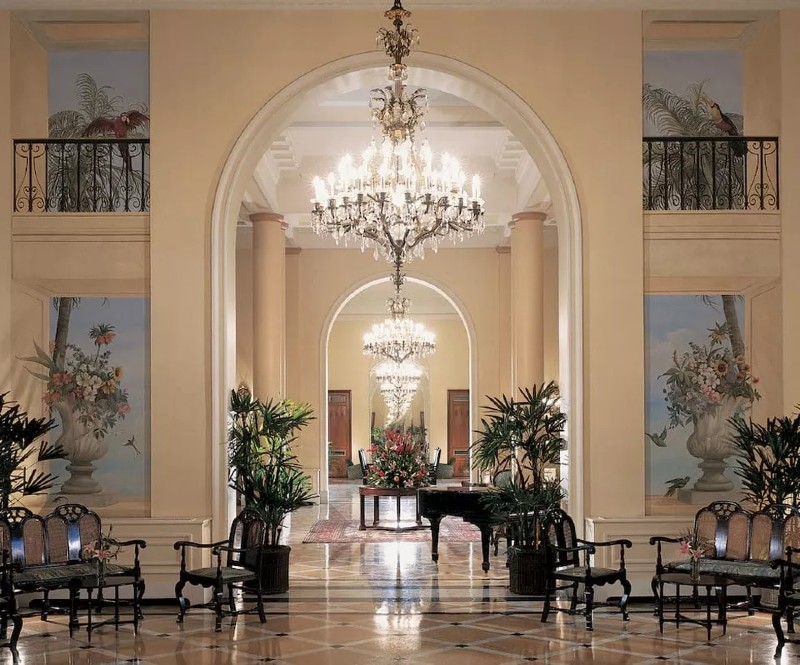 Rio de Janeiro's Copacabana Palace is a landmark whose every detail is a testament to Art Deco, like so many other buildings—residences, restaurants, and hotels—erected during the heyday of the renowned design movement. The 239-room hotel, which has been open since 1923, has seen several alterations, including the addition of a Michelin-starred restaurant and a half-Olympic-size swimming pool.
VEJA TAMBÉM: THE MOST ICONIC PROPERTIES OWNED AND RUN BY WOMEN
Londolozi Game Reserve (Skukuza, South Africa) 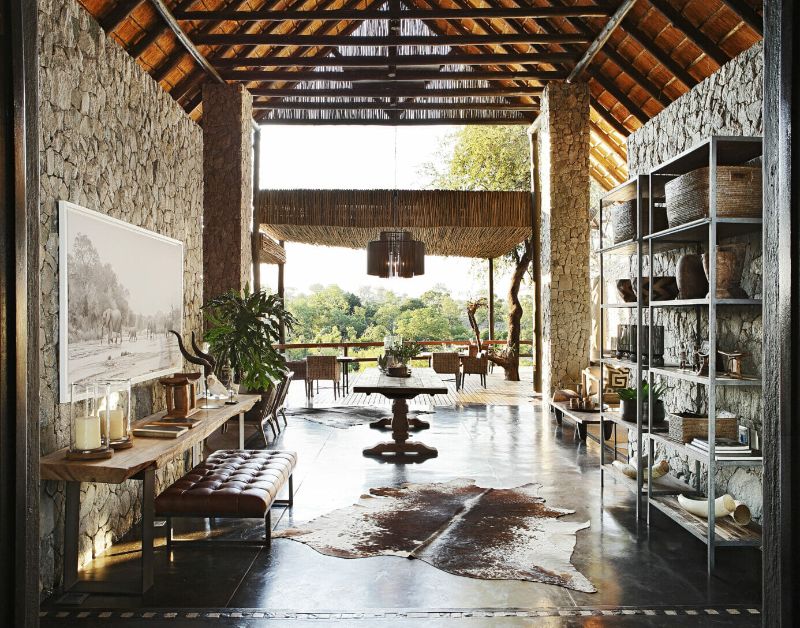 The Londolozi Game Reserve, which opened in 1926 and is now part of the Relais & Châteaux organization, is located on the western boundary of South Africa's Kruger National Park, covering roughly 60 square miles. Despite the fact that there are other reserves and parks nearby, Londolozi is unique in that it is home to the Big Five: lions, leopards, black rhinoceros, African bush elephants, and African buffalo. The site on which the treasured reserve now stands, however, was once a hunting farm where tourists would slaughter the animals for sport until 1971. That year, brothers Dave and John Varty outlawed hunting on the property and moved the focus to photographic safaris that not only celebrate, but also safeguard the amazing creatures. When they took over, the reserve was dubbed Londolozi, which in Zulu means “protector of all living things.”
Palacio del Inka (Cusco, Peru) 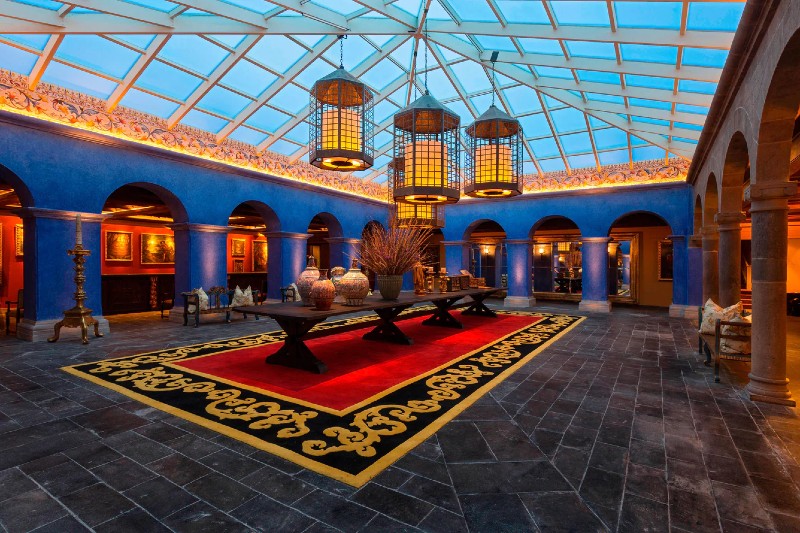 Palacio del Inka is a 16th-century former house in the Inca Empire's capital that was granted to conquistador Gonzalo Pizarro when the Spanish arrived. Hundreds of years later, in the mid-twentieth century, the fabled palace was transformed into a museum and, finally, a hotel in 1976, with artwork and treasures from the Incan and Colonial periods. It's an old building with historic bones that now serves as a modern sanctuary in the midst of a historical city.
Ritz Paris 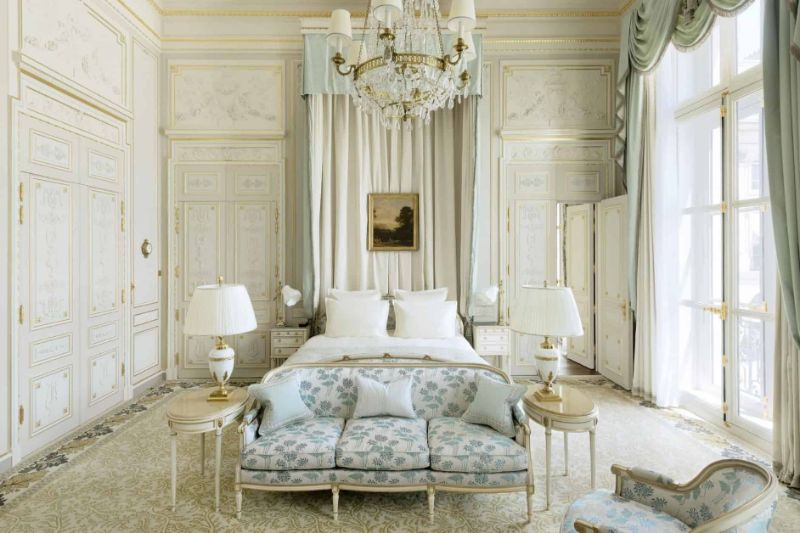 “When I dream of an afterlife in heaven, the action always takes place at the Ritz Paris.” American novelist Ernest Hemingway reportedly revealed. Despite the fact that the whimsical hotel shares its name with another well-known hospitality brand, The Ritz-Carlton, there is no link between the 19th-century architectural jewel on Place Vendôme and the worldwide chain of resorts. César Ritz, a Swiss businessman, founded the Paris landmark, which bears his name. Ritz was born into a peasant family, but after opening the world's most elegant hotel in 1898, where luminaries such as Marcel Proust and Coco Chanel stayed, he became renowned as the "king of hoteliers."
Raffles Hotel Singapore 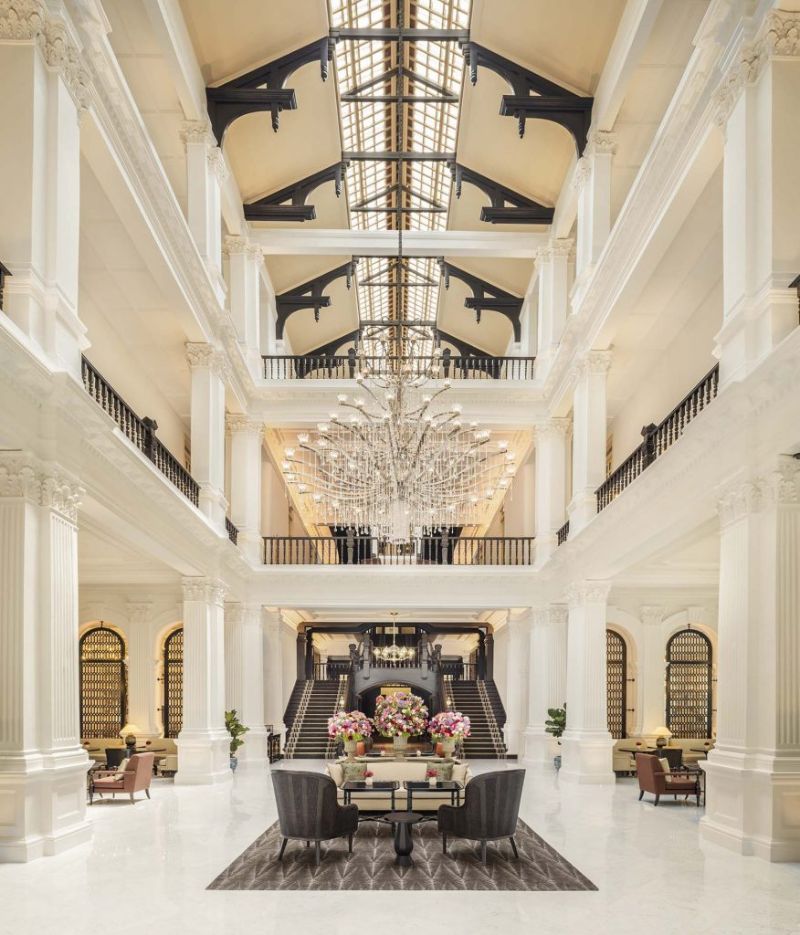 The famous grande dame hotel was built in 1887 and is named after Sir Stamford Raffles, the creator of modern Singapore. The dazzling white Colonial-style home was built as a private beach house in the 1830s until Dr. Charles Emerson leased it in 1878 and renovated it into Emerson's Hotel. The hotel closed almost immediately after Dr. Emerson died, and the Raffles Institution moved in, operating it as a boarding house until the doctor's contract ended. The Sarkies Brothers then leased the property from the original owner, Syed Mohamed Alsagoff, and transformed it into the Raffles Hotel, a cosmopolitan hotel.
SEE ALSO: 12 HOTELS TO LUST OVER IN 2022
NEXT ARTICLE